It seems she switched allegiance from Leeds United to Norwich City, and she has changed sides on another number of important issues. 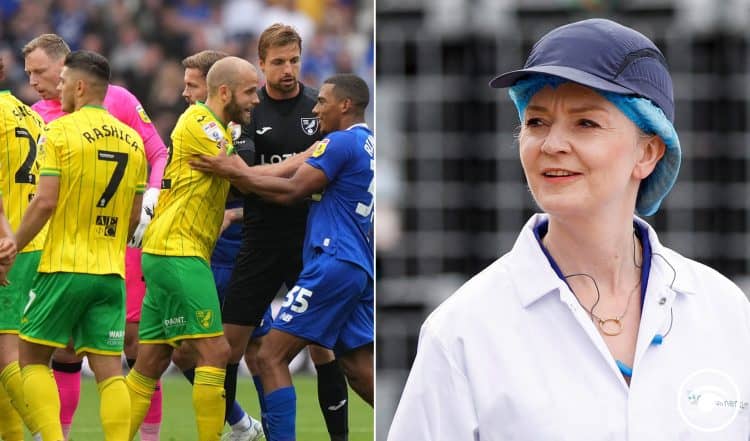 When comes to supporting football clubs, politicians can get it so wrong.

Let’s just cast our minds back to when David Cameron forgot if he supported West Ham or Aston Villa.

Here are a few tweets from the time

Say what you like about Jeremy Corbyn, he is a life-long Arsenal fan.

Also, Starmer and Jezza might not agree on much, but he also supports the Gunners, so at least one thing.

So who is the newly crowned PM Liz Truss’s football team?

Almost like when she switched sides from the Lib Dems to the Tories, and from remain to leave, it seems she moved from supporting Leeds United to Norwich City.

Truss added that the Tories need to channel the spirit of Leeds legend Don Revie if they’re to beat Keir Starmer’s Labour in the next general election.

But it was another former Leeds United manager she was compared to.

Someone on Twitter wrote: “She’ll be gone quicker than Brian Clough at Leeds United.”

Clough lasted just 44 days in charge before he left the club.

The fans of Norwich City were not over the moon that Truss was a fan of the club:

Related: ‘Heaven help us all’ – Viral video doesn’t have much faith in Liz Truss