John Terry has no doubts former team-mate Frank Lampard would be a huge success as Chelsea manager. The Blues are in talks to make Lampard their new boss after being given permission to talk to their former midfielder by current club Derby. Terry, now assistant to Dean Smith at Aston Villa, who beat Derby in […] 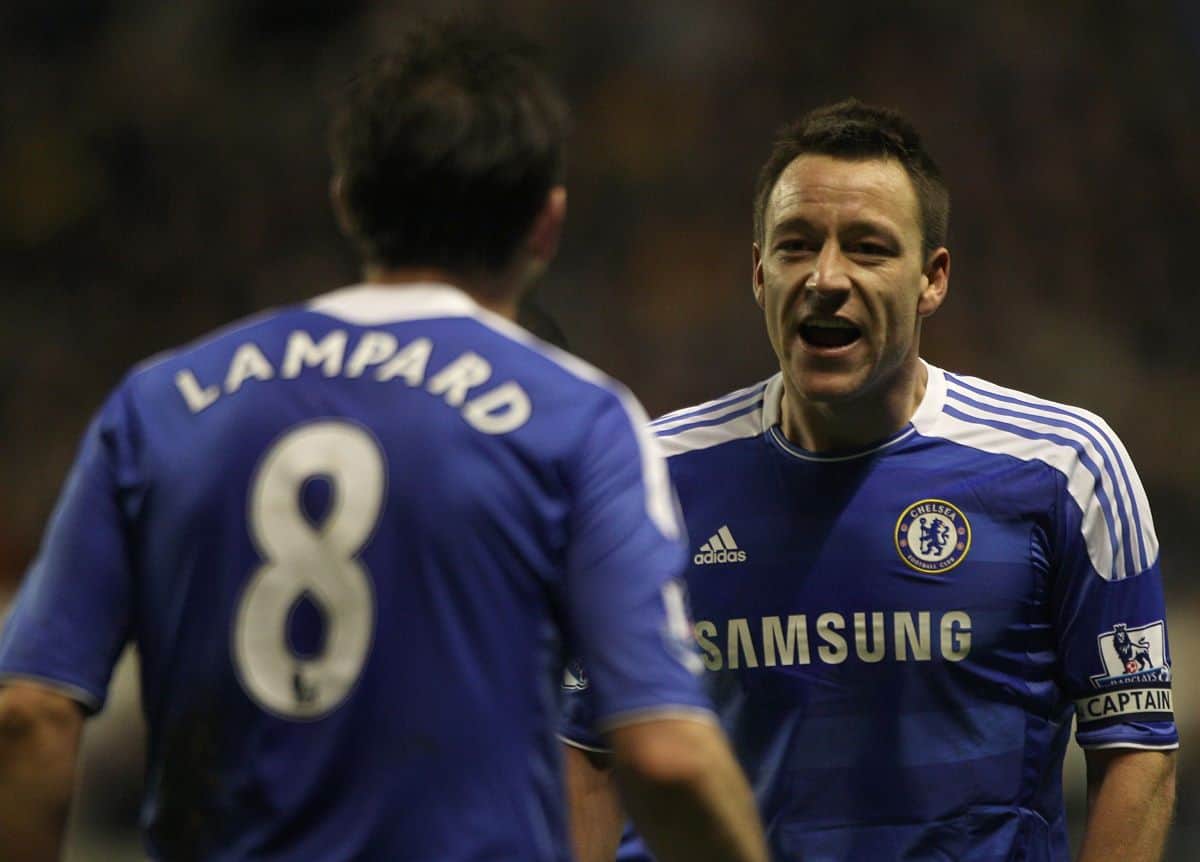 John Terry has no doubts former team-mate Frank Lampard would be a huge success as Chelsea manager.

The Blues are in talks to make Lampard their new boss after being given permission to talk to their former midfielder by current club Derby.

“After the season he has had with Derby and with Chelsea’s transfer ban in place, there is no one better equipped than Frank to succeed at Chelsea,” Terry told the Daily Mail. “It is perfect timing for him and the club.”

Terry said he saw first hand the dedication Lampard showed on a daily basis as a player and claims he still has the same hunger and desire.

“He is just as exacting on himself now, as a manager,” Terry said. “I don’t believe there will be any trepidation from supporters. They love him.

“Lamps is a legend and now is the right time for him to come home.”

Chelsea are banned from signing players during the next two transfer windows, until the end of January 2020, following a FIFA investigation into the club’s signing of foreign under-18 players. The club have made an appeal against the transfer ban to the Court of Arbitration for Sport.

But Terry believes Lampard, who will be keen to keep Bayern Munich target Callum Hudson-Odoi at Stamford Bridge, will cope by having a major influence on Chelsea’s youngsters.

“You could see by the improvements made by (Chelsea prospect) Mason Mount at Derby last season that Frank will have an impact on young players and improve them,” Terry added.

“For some time, perhaps only myself and Ruben Loftus-Cheek had come through the academy to become regulars and that has probably left many young players questioning their future.

“Callum Hudson-Odoi will be assured he has a big role to play at Chelsea.

“Having Frank in charge and the transfer ban will give young players throughout the academy belief that there is a genuine pathway into Chelsea’s first team.”

Lampard, 41, has been linked with a return to Stamford Bridge for some time, with speculation dating back to before Maurizio Sarri’s departure for Serie A champions Juventus earlier in June.

A formal approach has now been made, with Derby having given Blues chiefs the chance to sell their vision to the former England international.

The Italian led the club to Europa League glory and a third-placed Premier League finish.

Lampard, who joined the club as a midfielder in a £11million switch from West Ham in 2001, is revered by fans who saw him establish himself as the Blues’ record goalscorer during a playing stint which amounted to 648 appearances.

His stay brought success in the Champions League in 2012 and the Europa League a year later, as well as three Premier League titles, four FA Cups and two League Cups.

Should talks conclude successfully, Lampard will lead the club into the Champions League next season, although he will also have to cope with the transfer ban should Chelsea fail in their bid to have it overturned by CAS.

Derby would be due compensation if their manager was prised from their grasp, although that would be offset by the sum Juve paid to acquire Sarri’s services.