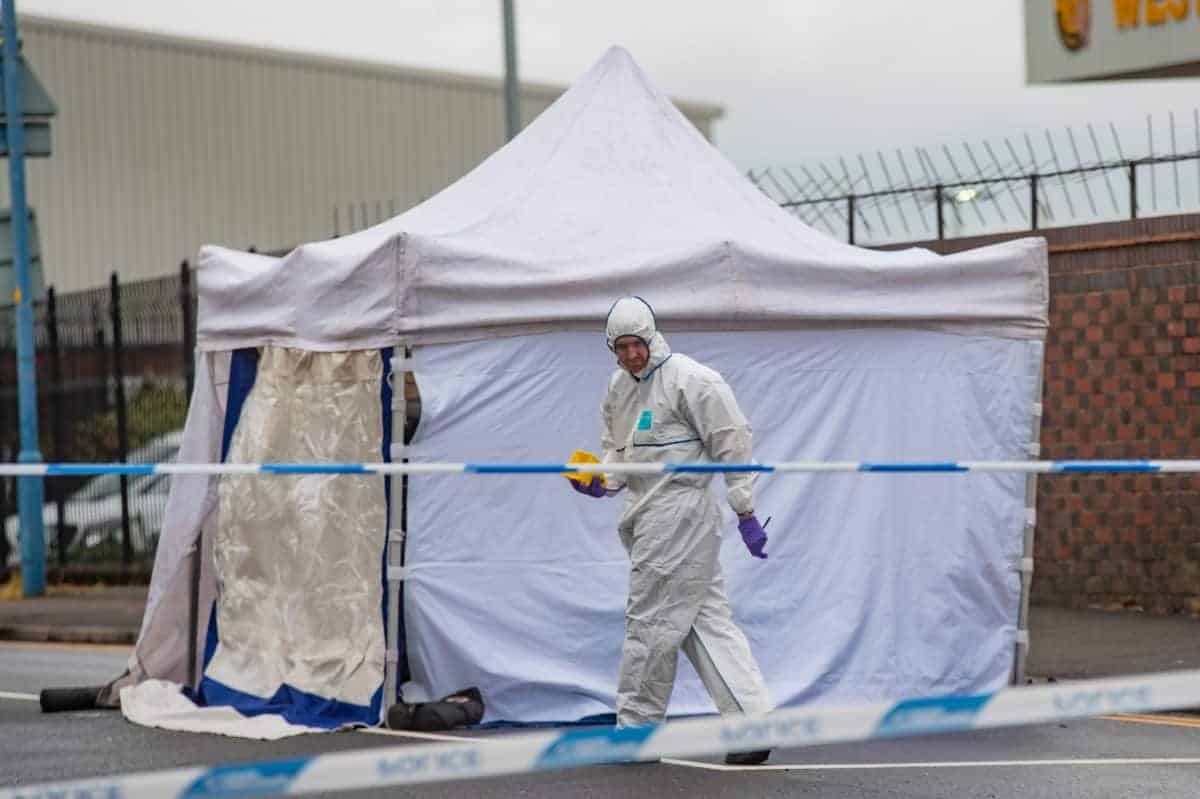 A 17-year-old boy and 24-year-old man were stabbed close to the stadium of ex-Premier League club West Bromwich Albion in a horrific daylight attack.

Police and ambulance crews dashed to Dartmouth Road, in Smethwick, West Mids., and found both victims with knife wounds just after 6.30am today.

The teenager was rushed to hospital with back injuries while the man suffered slashes to his arm and hands.

No arrests have been made but West Midlands Police confirmed that enquiries are continuing.

The scene of the stabbing, which is close to The Hawthorns football ground, was closed off as forensic teams conducted a fingertip search of the area.

A police spokesman said: “Police are currently on Dartmouth Road at the junction with Halfords Lane in the Smethwick area of Sandwell following a double stabbing just after 6.30am this morning.

“A 17-year-old boy has been taken to hospital with a serious injury to his back, along with a 24-year-old man who has injuries to his arms and hands, which are not thought to be serious.”

Two ambulances, three paramedics and a trauma doctor rushed to the scene.

A spokesman for West Midlands AMbualnce Service said: “We were called by police at 6.33am to reports of a patient with stab wounds.

“Two ambulances, two paramedic officers, a MERIT trauma doctor and a critical care paramedic were sent to the scene.

“Both men were treated at the scene. The doctor travelled alongside the teenager and is described as being in a serious condition.

“The man, who is in his 20s, has nasty but not believed to be life-threatening injuries and was taken to hospital.”