There was crowd touble outside the ground. 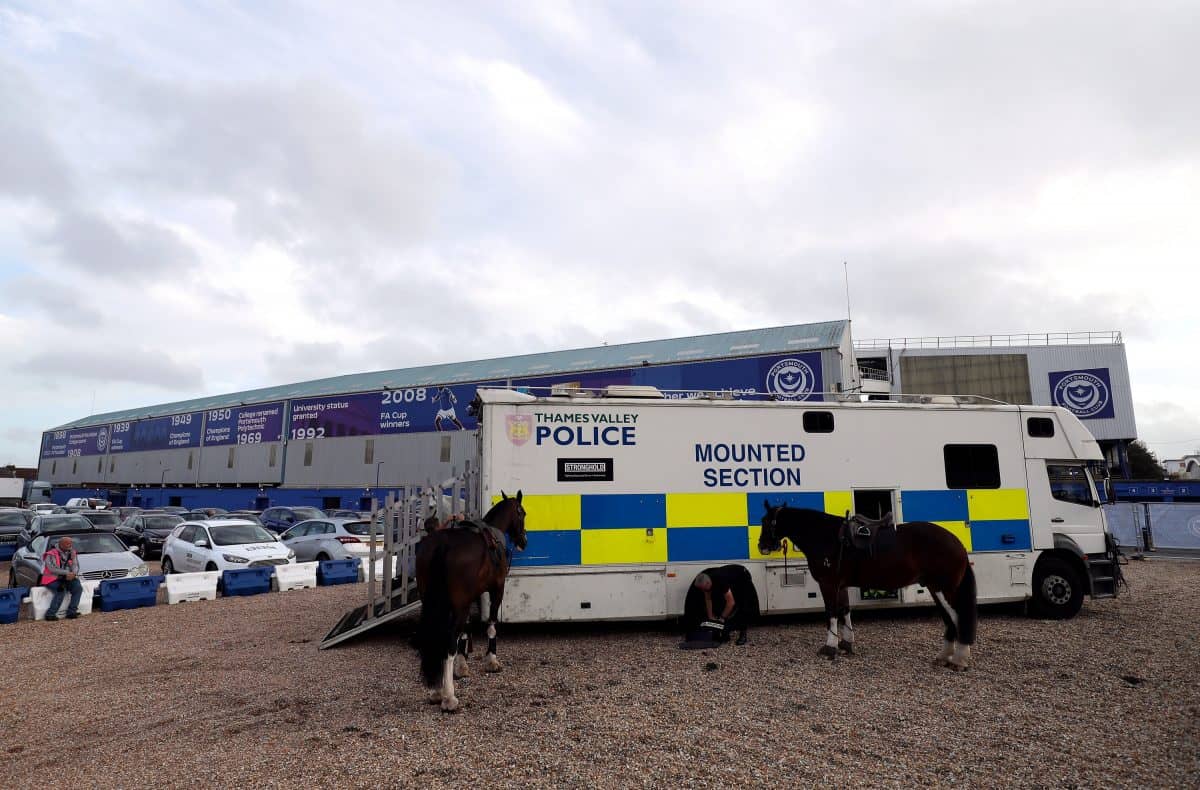 A derby win is always great especially if you are a hometown boy and you score.

Danny Ings was elated after writing his name into Southampton folklore with a derby brace in his hometown club’s record win at Portsmouth.

Tuesday’s Carabao Cup third-round clash at Fratton Park was the first meeting of these bitter rivals since 2012 and a chance for Saints to win in enemy territory for the first time in 35 years.

It was Southampton’s largest ever victory at Portsmouth and local lad Ings was the architect, netting a fine first-half brace to seal his place as a hometown hero.

“It means the world to the fans,” the forward told the PA news agency. “To me being from Southampton, it’s a huge moment.

“When the draw was made I couldn’t believe my luck to be playing in another derby in my hometown derby.

However, the night was ruined by serious crowd trouble, with one man hitting a police horse. A man has now been arrested on suspicion of animal cruelty after a police horse .

Videos have been shared on social media of confrontations between fans and police with large numbers of fans being contained by officers as they were led into the stadium at Fratton Park.

Bottles, coins and smoke grenades are were also thrown during the scuffles ahead of the match.

One video shows a man punching a horse before being chased by the mounted officer before he is detained by other officers.

A Hampshire Police spokeswoman confirmed that five men had been arrested during the evening.

Assistant chief constable Scott Chilton said: “Our priority was to keep people safe and I’m pleased to be able to say this morning that our policing operation has achieved that.

“We knew that the majority of fans wanted to enjoy this match without having to worry about their safety and we did want we felt was needed to reassure them.

“Sadly we had to prepare for the potential that a minority would try and ruin it for everyone else and this required us, in conjunction with both clubs and our partners, to put plans in place to ensure we were ready to stop that.”