Stones barely started for City towards the end of last season and then made a howler in England’s Nations League semi-final loss to Holland. 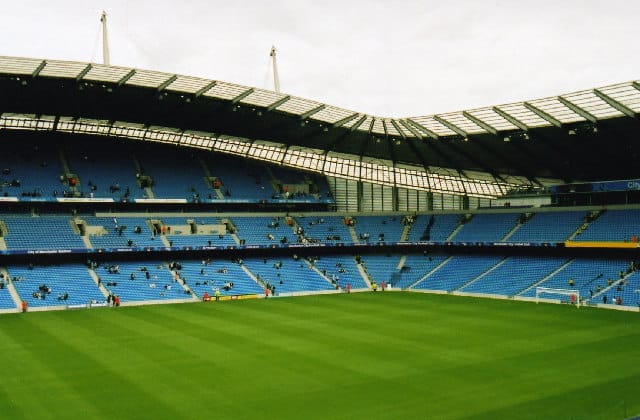 John Stones is determined to return to his best after a harrowing end to last season.

The Manchester City defender found himself under huge scrutiny after a calamitous error cost England badly in their UEFA Nations League semi-final against Holland in June.

That also came at the end of a period when Stones had largely found himself out of the City starting XI as Pep Guardiola’s side closed in on an unprecedented domestic treble.

Stones said: “I love England and playing for England and it was a difficult time. It was a mistake.

“There were other mistakes in that game that weren’t highlighted as much but that was the pivotal moment I suppose.

“I took some time away in my holidays and reflected. I’ve come back this season fighting for my chance to play again and put that right, and I’m sure I will because I’ve got that strong mindset of putting things right and being honest when you’ve done something wrong.

“I held my hands up and I told all my team-mates and the staff there what I’d done wrong, and that we’d move on from that.

“I’ve moved on from that and I’ll try to correct that with my performances in the future.”

The 25-year-old started just three of City’s final 19 games in all competitions last season, a dramatic decline after seemingly establishing a strong partnership with Aymeric Laporte in the first half of the campaign.

He said: “I think the last two months were frustrating but any player not playing is frustrated.

“I had the mindset to keep fighting for my place and then it’s down to the manager to choose his side. You have to respect that.

“I wanted to come on and try to affect any game that I could when I came on, however many minutes I got.

“It’s about the team and not about John Stones or whoever’s playing. That’s why we won four trophies last season.

“It shows the strength of the squad and the selflessness of the squad in that respect. That’s why we were so successful.”

The challenge for City in the coming year is to better last season’s incredible achievements.

“I’m of the mindset it can be topped,” said former Everton defender Stones. “I think we can go one better and try to fight for the Champions League.

“That’s our aim and we can’t let the bar drop now. It is in our hands. We have got to keep fighting for everything in every game and every competition.”

Stones was speaking to media during a boat trip in Hong Kong, where City are spending part of their pre-season tour. They play a friendly against Kitchee on Wednesday after games with West Ham and Wolves in China last week.

Stones said: “It’s always tough coming back from your holidays and back into running, and it always makes it harder when it’s so hot out here and humid and not like rainy Manchester.

“But on a personal note it’s good to see the world a bit more and come and see fans we’ve never met, and see that around the world Man City are loved.”