Trump went on to add that he was advised not to tell the story because it was not “appropriate”. 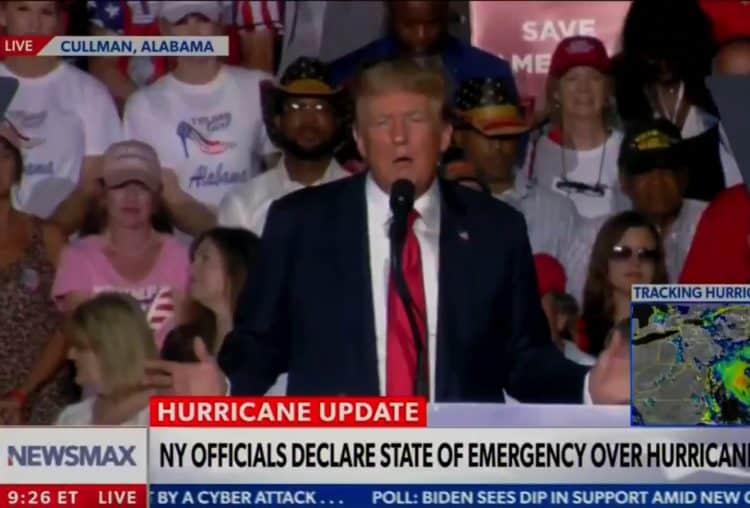 Donald Trump appeared to credit a five-year-old boy for helping inform his decision making on Afghanistan during his time in office.

Speaking at a rally in Alabama on Saturday, the former US president said he asked the child “what would you do” in relation to the military’s involvement in the country.

Trump then went on to add that he was advised not to tell the story of their supposed encounter because it was not “appropriate”, but insisted that the anecdote was “true”.

It comes despite Trump’s administration securing the Doha agreement with the Taliban, signed in February 2020, which guaranteed the “announcement of a timeline for the withdrawal of all foreign forces from Afghanistan” in exchange for the insurgents committing themselves not to use the country to attack “the security of the United States and its allies”.

Despite this agreement, the country would later fall to the Taliban, with Ashraf Ghani, Afghanistan’s president, fleeing abroad.

Of course, many people were sceptical of Trump’s claims – especially given that a five-year-old child referred to him as “sir”.

Here’s the best of the reaction:

You really, really can’t make this shit up. He even has the 5yo calling him “sir.” https://t.co/4z6EB7hsIh