Earlier this year, Prince Harry was stripped of his three honorary military titles, despite serving two tours of Afghanistan. 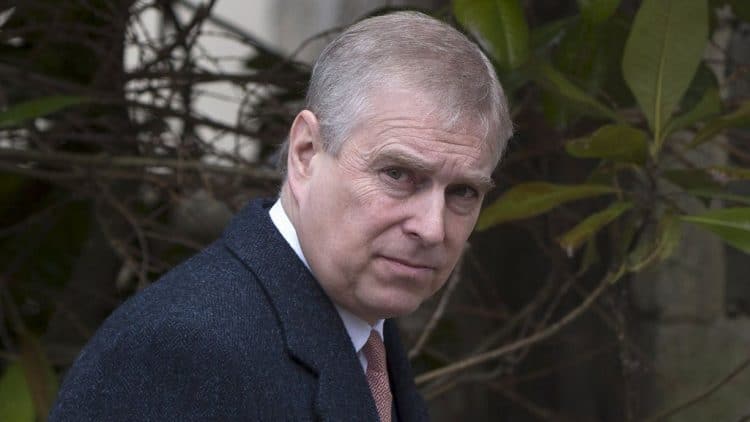 The Queen has reportedly told insiders she wants the Duke of York to remain as colonel of the Grenadier Guards.

According to the Sunday Times, the monarch has conveyed her wish that Andrew – who is facing allegations of sexual assault, which he denies – keeps the honorary role that he took over from the Duke of Edinburgh in 2017.

The paper quoted a senior military source as saying: “The Queen has let it be known to the regiment that she wants the Duke of York to remain as colonel, and the feeling is that nobody wants to do anything that could cause upset to the colonel-in-chief.

“It is a very difficult, unsatisfactory situation.”

“Not tenable or viable”

The source added that the duke’s honorary position is “not tenable or viable” and the regiment feels it is “not appropriate to retain him”.

Andrew, 61, stepped back from public duties in 2019 amid the fallout from his relationship with convicted paedophile Jeffrey Epstein.

A Buckingham Palace spokesman said: “The Grenadiers and all the Duke’s military appointments are in abeyance after he stepped back from royal duties for the foreseeable future in November 2019.

“This remains the situation.”

At the time he stepped back, the duke said he continued to “unequivocally regret my ill-judged association with Jeffrey Epstein” and promised to “help any appropriate law enforcement agency with their investigations”.

Since then, Virginia Giuffre has sued the Queen’s son for allegedly sexually assaulting her when she was a teenager, and her lawyers have claimed Andrew’s legal team “refuse to engage in any discussions”.

Ms Guiffre claims she was trafficked by Epstein to have sex with the duke when she was 17 and a minor under US law.

Andrew has vehemently denied the allegations.

Richard Palmer, royal correspondent at the Daily Express, said the monarchy could see “serious damage” if Andrew kept his “patronages after refusing to cooperate with legal inquiries”.

He wrote on Twitter: “It was my understanding earlier this week that Prince Andrew would lose all of his patronages eventually but the wheels often turn slowly at the palace.

“Allowing Andrew to keep patronages after refusing to cooperate with legal inquiries would risk serious damage to the monarchy.”

Why are we paying for this https://t.co/eQ5gd0wSvT

Considering legal action against Harry and Meghan (reportedly), but ready to fight defence chiefs to keep Prince Andrew in the army. Riiiiiiight. https://t.co/7hsPJqqO6W

The negative media coverage of Meghan Markle is sanctioned by The Queen in order to protect Prince Andrew. You can't convince me otherwise. pic.twitter.com/2Eovoi74te

It’s a huge problem that military sources are speaking out against the Queen on this. Andrew has held this role for as little time as Harry held his Royal Marines role, and A has no path back to royal duties. The logic just isn’t there, especially without the support of Charles. https://t.co/JSC2PLnmoz

If you’ve noticed a contrast between Palace treatment of Andy vs. Harry and Meghan, and aren’t surprised by it, then you understand the standard operating procedure fairly well. Buckingham Palace is as ruthless at protecting its own as it is against those deemed disloyal. https://t.co/hDeaxVvb8K

So she supports Andrew keeping military titles but stripped Harry ?‍♀️hope Harry is noticing this .. I get he won’t hate her but how can you respect this ? https://t.co/1lXAyX6f2t