Lord Carrington was competent and not on holiday when the proverbial hit the fan, but he resigned anyway. 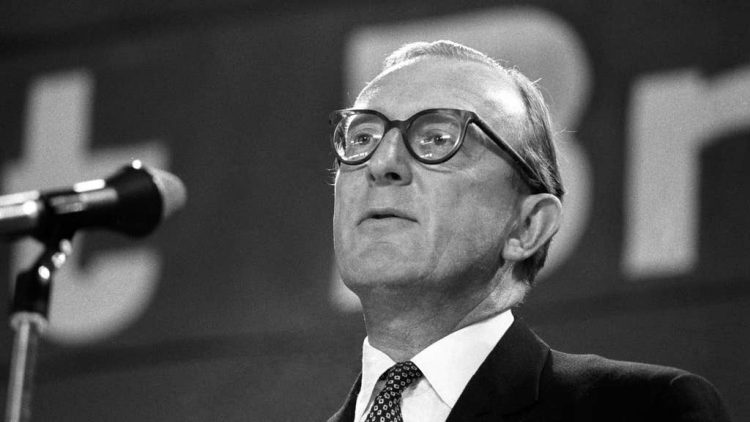 Boris Johnson insisted he has full confidence in Dominic Raab this week after the foreign secretary was criticised for his handling of the Afghanistan crisis.

The prime minister was challenged over Mr Raab’s decision to delegate a call to a junior minister about repatriating Afghan interpreters, as well as assertions that he was sipping ‘Pina Coladas by pool’ as Kabul fell to the Taliban.

“And I can tell you that the whole of the Government has been working virtually around the clock to do what we can to sort it out, to deal with a situation that has been long in gestation and to make sure we get as many people back as possible.”

His failure to step down has drawn widespread criticism, with shadow foreign secretary Lisa Nandy accusing him of “catastrophic failures of judgment”.

Others have pointed to more noble political times, when Lord Carrington resigned as Margaret Thatcher’s foreign secretary over the Falklands.

I am old enough to remember when a Foreign Secretary resigned over the Falklands and he was competent and not on holiday when the proverbial hit the fan. Honour is a thing of the past.

Aware that the military Junta in Argentina were becoming impatient and eager to invade, he appealed to the ministry of defence not to withdraw HMS Endurance, the patrol ship that was the solitary symbol of Britain’s interest South Atlantic.

Defence minister Sir John Nott, supported by Thatcher, refused. The Argentine military read this as a signal that Britain was not prepared to defend the islands and invaded on 2 April 1982.

The government was humiliated and Thatcher thought that her premiership was on the line. Following a savaging at a meeting of the 1922 Committee, Carrington immediately offered his resignation.

At first Margaret Thatcher refused to accept it. But over the weekend, as he read more critical newspaper comments, his view hardened and he insisted on resigning. As he calculated, his resignation did help to quell the anger in the party and the country.

A year later, the Franks inquiry into the events leading to the war, found that no blame attached to him or to the Foreign Office.

But Carrington had felt honour-bound to surrender the seals of office.

Related: Conservative lead slashed to 3 points as Starmer calls on Labour to modernise