One can envision a huddle of management consultants on £2k a day arguing over which freezer is best, the Tory donor who will benefit the most from the choice of appliance, as the vaccine perishes in the corner. 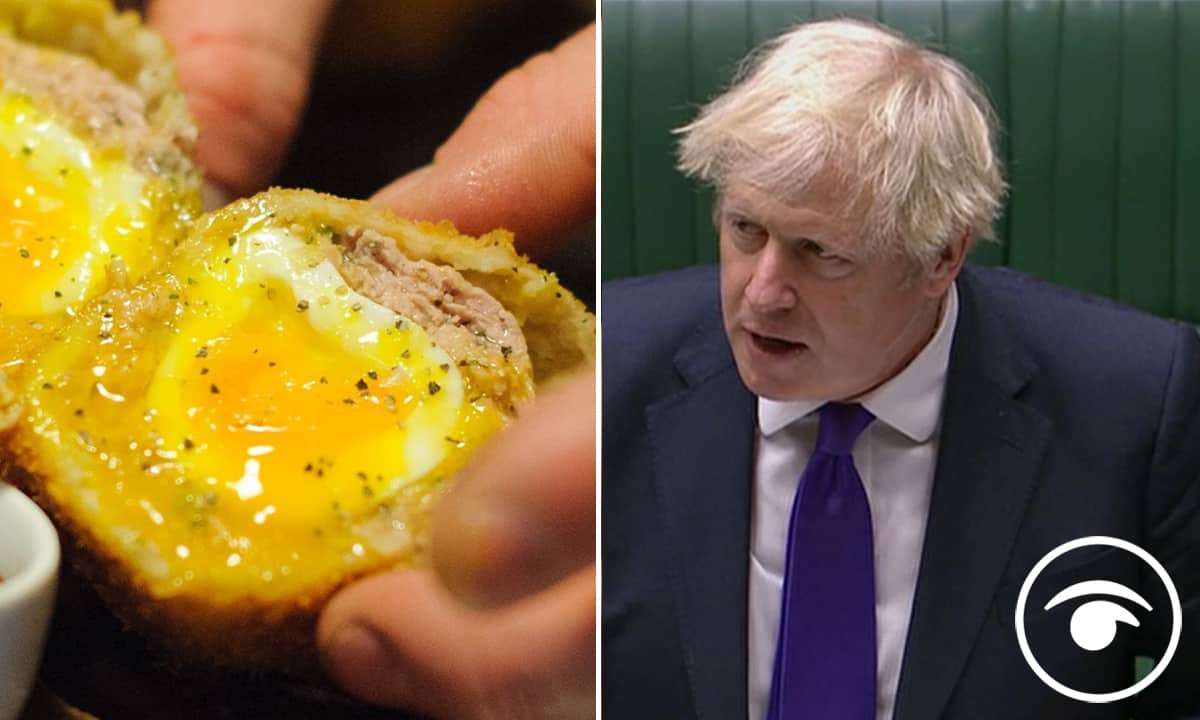 Unless you’re an anti-vaxxer and think Bill Gates wants to know how many Nectar points you have by hacking your DNA, the announcement that Pfizer/BioNTech’s coronavirus vaccine will be rolled out in the UK from next week is great news.

So the opening salvoes at today’s PMQs were civil, almost congratulatory. But, being 2020, that couldn’t last long – could it?

When the questions got a bit tougher, Boris Johnson had a go at Keir Starmer for abstaining on the vote over the new tiered system of Covid-19 restrictions – happily ignoring the half-century or so of his own MPs who voted against it.

Johnson, as ever, deployed attack as his most effective form of defence, labelling the Labour leader General Indecision – soaring rhetoric, which deflected from the uncomfortable reality that the vote only passed because, in part, Starmer didn’t oppose it. Johnson should have thanked him.

Starmer had the best retort, claiming he happily comes to the House to explain the reasoning behind his abstentions, whereas Johnson flounces off to Afghanistan and hands the taxpayer a £20,000 bill – a reference to the contortions the prime minister resorted to in order to avoid a vote on Heathrow’s new runway.

Johnson told Starmer that we shouldn’t get our hopes up about the speed with which the vaccine is rolled out. He definitely doesn’t need to worry about that. If there is one thing we won’t get excited about during this pandemic it is the government working quickly and efficiently. We are bracing ourselves for backhanders, backpedaling and back to the drawing board.

Even with this good news a schism has appeared between the UK and EU. Before the session Alok Sharma tried to take the credit for the vaccine news for the UK. That was quickly rejected by the German Ambassador Andreas Michaelis pointing out that the German company BioNTech had played a “crucial” role in developing the jab.

It was a European discovery and we might not be seeing many more of them come 1 January.

Starmer, quite rightly, wanted to know how the government was planning to get the vaccine out, especially to care homes. As expected the PM had no answer. He abstained.

So I thought I would break it down for the PM.

There are 800,000 doses coming from Belguim, that need to be kept at -70C. You need two doses, three weeks apart. Anyone see a problem here?

First and obvious one is that you might get the first shot, but in 21 days when you go for your second dose, the lorry carrying them is stuck at Nigel Farage’s car park, in the principality of Kent, with a border officer arguing over the colour of the driver’s passport.

Assuming that hurdle is jumped over, how are we going to keep the vaccine at the freezing temperature required when our government has spent all week arguing over how filling a Scotch egg is.

One can envision a huddle of management consultants on £2k a day arguing over which freezer is best, and which Tory donor will benefit the most from the choice of appliance, as the vaccine perishes in the corner.

Interestingly on Sky News whenever Johnson’s name popped up it said ‘MP’ not ‘PM’. Could this be because they have heard his new nickname is ‘advent calendar’ as his days as Prime Minster are numbered?

These concerns about his leadership were raised by Emma Lewell Buck MP, who didn’t abstain on the vote last night. She informed the house that it was almost a year since Johnson had taken power, which of these achievements is he most proud of? 71,000 Covid deaths, trillions of pounds of debt or the £1.5 billion in contracts handed to friends and Tory donors.

It has been a bleak year, and the PM is hoping the vaccine is his get out of jail free card.

He might have turned the red wall blue but he used it to imprison the north, enriched his mates with our money and has been left with Scotch egg on his face.