Boris Johnson was, once more, stuck in his virtual tin can and, again, sneaking glances off-camera to Carrie or some dead-eyed SpAD who probably burns 50 quid notes in front of homeless people. 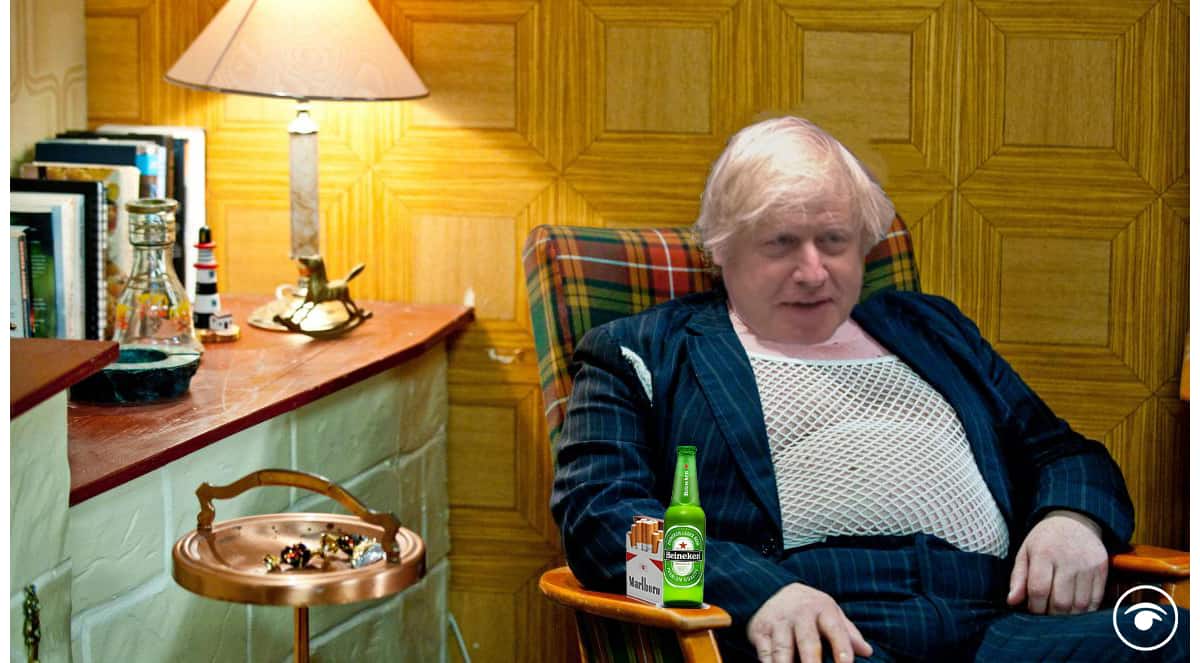 We’ve all had to deal with Zoom drunks these past few months. Usually it’s me, bellowing over others, ignoring their questions and shouting “oh yeah, go on then”, as if we’re winding up for a scrap in a pub car park.

It’s not especially dignified when I do it. It’s even less edifying when the culprit is the Prime Minister of Great Britain and Northern Ireland.

But, ever eager to plumb new depths, that is precisely what Boris Johnson the omni-absent did today confined, once more, to his virtual tin can and, again, sneaking glances off-camera to Carrie or some dead-eyed SpAD who probably burns 50 quid notes in front of homeless people.

Johnson was hoisted with his own petard today. It left him scrabbling for the mute button but, unlike Monday’s less-than-exemplary turn at the despatch box, he even failed to find that.

So the prime minister resorted, as ever, to turning the questions round on Sir Keir Starmer. The Speaker wasn’t having it. “It’s Prime Minister’s Questions –  not Leader of the Opposition’s questions,” Sir Lindsay growled. “Thankfully we’ve got the sound,” he added menacingly. “We don’t want to lose it.”

Starmer used his questions to go through key aims as set out in the Tory manifesto – its foreword, probably ghost-written as he couldn’t be bothered, penned by the PM himself.

Using Johnson’s own preface to the Ministerial Code as a framing device was a tour de force. Johnson was eating his own words in front of our eyes.

It was the bullshit bingo full house. Bullying, harassment, leaking, misuse of taxpayer money and conflicts of interest. Starmer went through each one proving how Johnson’s government had broken each of their pledges.

“So it’s a clean sweep: bullying, harrassment, leaking, wasting public money,” Sir Keir declared. “One rule for the public – and one rule for the prime minister’s friends”

When cornered, a wild animal – or a drunk – will lash out, and he did. He took another swig from his bottle of brandy and waved it all away as “trivia”. At one point he just shouted “oh yeah, oh yeah, oh yeah,” and also kind of reminded me of someone trying to mimic an ape.. It always sounds better in your head after you’ve had a skinful.

Another problem with drunk people is they repeat themselves, and Johnson said the same old lines, again and again. Why had the Tories handed millions (sorry, billions) to their mates in the private sector?

Most people regret what they have done when they wake up after an embarrassing night out. I’ll wager Boris won’t.

Drunk on power, punch drunk from birth and with wandering hands all he needs is a hair of the dog to sort him out. Perhaps this morning’s news that Gavin Williamson unlawfully removed child safeguards during the pandemic will take the edge off his hangover.

He is eternally blessed with the ignorance of intoxication and when the party comes to an end, he won’t even notice.  He will be the last one left,with a lampshade on his head, shouting ‘’let’s have it” at an empty room.