Scores of Conservative MPs are said to be deeply unhappy at the extent of the new restrictions. 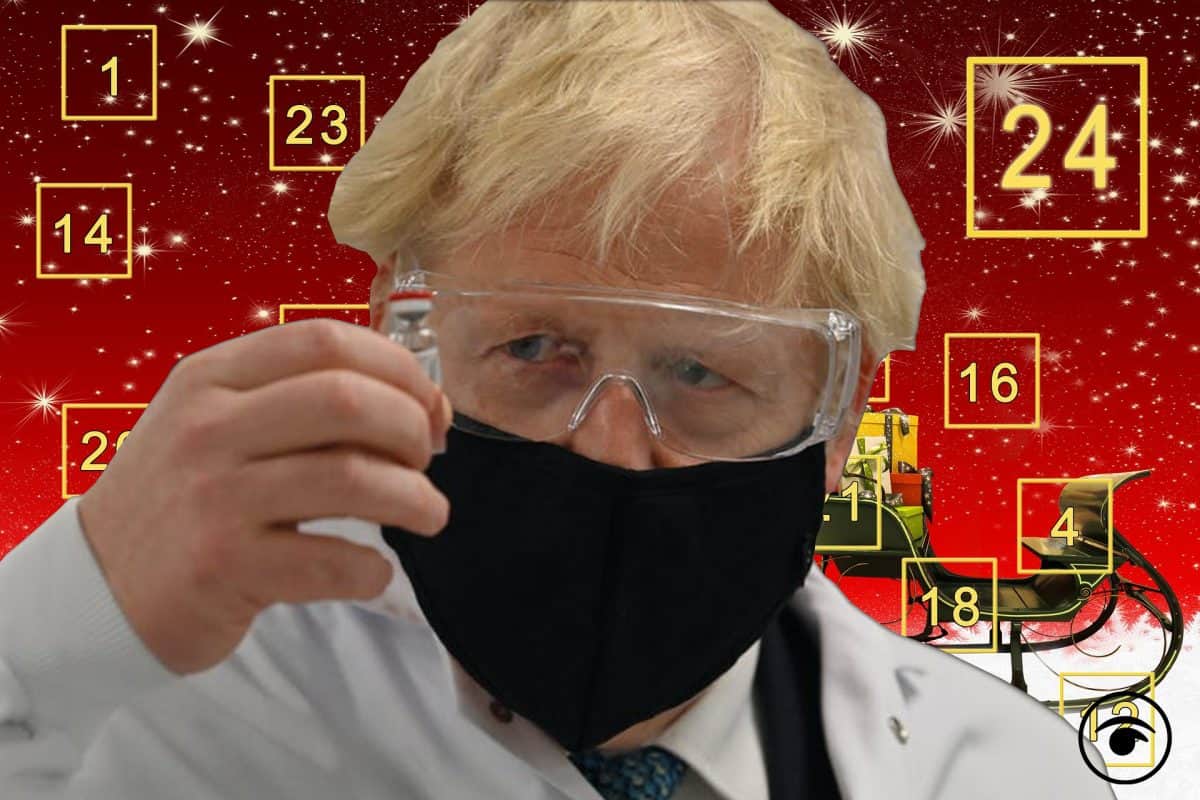 Boris Johnson has earned an unfortunate nickname in Parliament as backbenchers – many of whom voted him in – grow tired of his system of tiered coronavirus controls.

It has been reported that the Prime Minister has been dubbed “advent calendar” among some of his colleagues – because his days are numbered.

The unfortunate nickname has been leaked ahead of a crucial vote in the Commons over strict controls put in place across the county.

Scores of Conservative MPs are said to be deeply unhappy at the extent of the restrictions, which have landed some constituencies with harsher controls than before.

Most areas of England will go into the new year in one of the toughest two tiers with a ban on households mixing indoors and strict controls on the hospitality sector.

Only the Isle of Wight, Cornwall and the Isles of Scilly have been designated for the lightest Tier 1 restrictions.

On Monday the Government published its promised impact assessment of the health, economic, and social effects of the pandemic and its tiered approach.

But while it acknowledged there would be “significant costs” to individuals, society and the economy, it said the consequences for public health in allowing the virus to run unchecked would be “much worse”.

It said that without strong measures in place, the R number – the rate of reproduction of the virus – was likely to rise significantly above 1, leaving the NHS unable to cope.

However Mark Harper, chairman of the Covid Research Group of Tory MPs opposed to tougher restrictions, said the document acknowledged the “precise size and duration” of any breach in the capacity of the NHS to cope was “not possible to predict”.

There was frustration among MPs that the analysis did not include a detailed breakdown of the effects of the measures on different sectors of the economy – particularly hospitality, which has been among the hardest hit.

Some relief was offered for drinkers hoping to get around restrictions in Tier 2, with Cabinet minister George Eustice saying that ordering a Scotch egg with a pint would constitute a “substantial meal” under the rules which will only allow alcohol to be served with food in Tier 2 areas from Wednesday.

And the minister responsible for the rollout of a vaccine said it would be not be compulsory to receive an injection but pubs and restaurants could demand to know if a customer has received a coronavirus jab before permitting entry.

Asked whether people who get the Covid-19 jab will receive some kind of “immunity passport” to show they have been vaccinated, Nadhim Zahawi told the BBC: “We are looking at the technology.

“I think you’ll probably find that restaurants and bars and cinemas and other venues, sports venues, will probably also use that system – as they have done with the (test and trace) app.”

Such a regime could result in people without the vaccine facing severe restrictions.

Mr Zahawi said: “I think people have to make a decision.

“But I think you’ll probably find many service providers will want to engage with this in the way they did with the app.”