The car was brandished with 'let London live' and 'no lockdowns', much to the bemusement on social media. 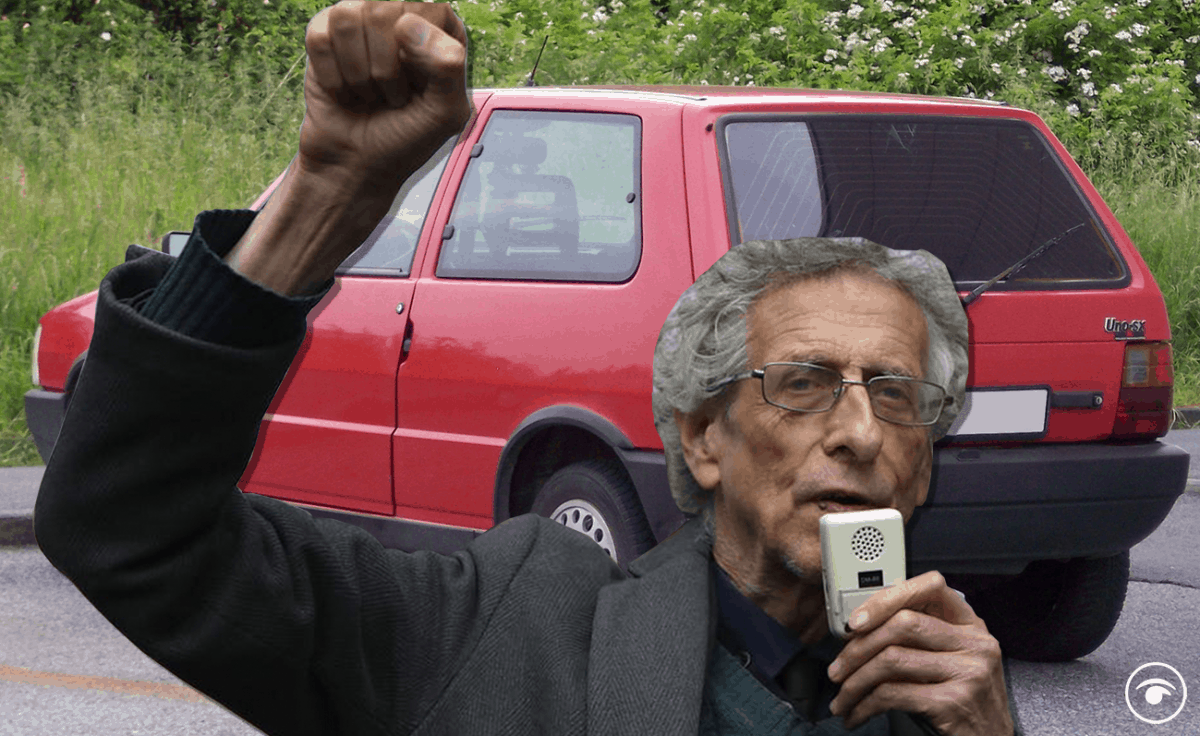 Poorly-glued posters covered the sides of a rickety red car with a megaphone strapped to the top.

The London mayoral candidate, who is out to end ‘Covid con rules’ and reverse discriminatory treatment against those who refuse to wear a mask, printed ‘let London live’ and ‘no lockdowns’ on the same banner, much to the bemusement on social media.

It comes as lockdown rival Laurence Fox revealed his own battle bus carrying a picture of Sir Winston Churchill’s statue in Parliament Square.

He vowed to “unlock London” and help Brits “reclaim their freedom” as he set out to oust Sadiq Khan on the beat-up, old fashioned bus.

That’s despite many restrictions having being lifted by the time of the London mayoral election, set to take place on 6th May 2021.

Youtuber Max Fosh, 26, who is also running for mayor, challenged the controversial actor to a debate this morning.

Speaking to The London Economic he said he has been messaging Fox for a few days over email, social media and through his team.

“Each time I have not got a response.

He added:  “I don’t expect him to turn up unfortunately.