About 600 people contacted Britain First to provide the names of decoy hotels. 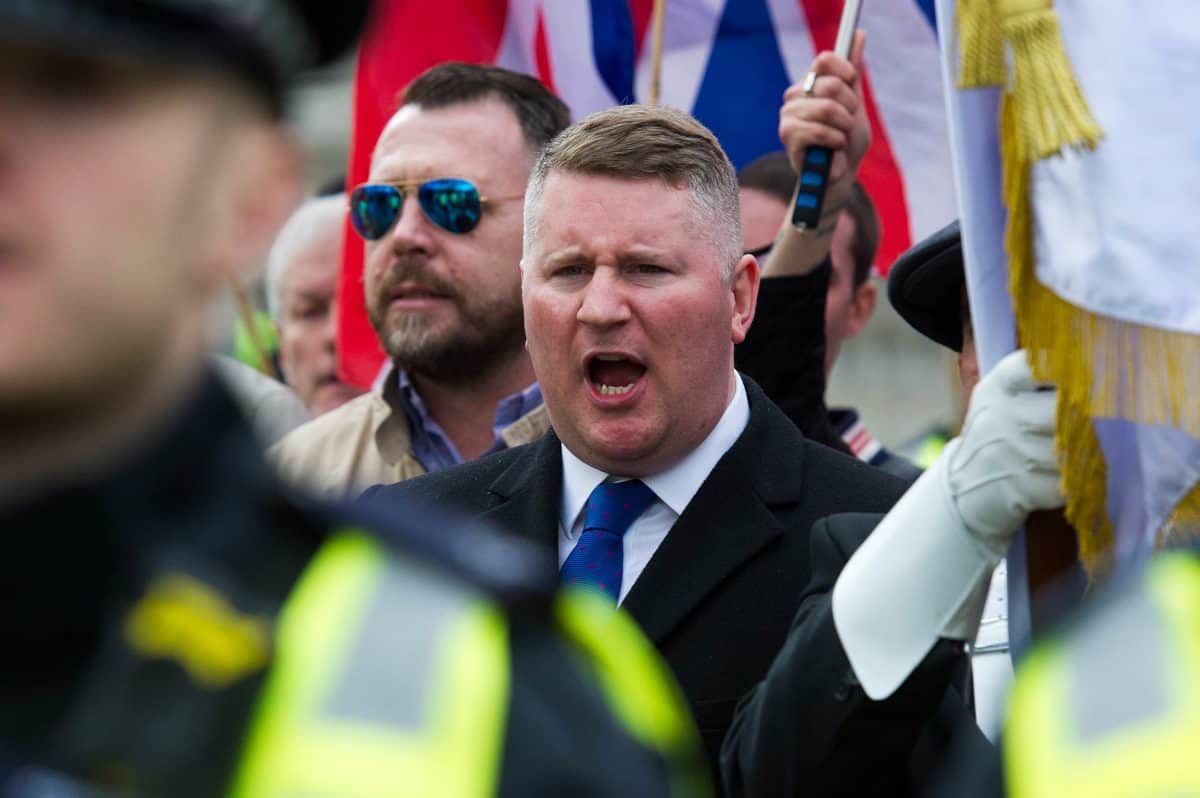 Britain First, the far-right group, has been tricked into protesting outside hotels which are not housing asylum seekers after being handed a fake list – including the Dorchester on Park Lane, and a pub hotel owned by an associate of Dominic Cummings.

Supporters of the organisation last year entered hotels used by the Home Office to accommodate asylum seekers, and started banging on bedroom doors and intimidating asylum seekers there.

Those hotel visits are now resuming, after the group put out an appeal to members of the public to give them the names of hotels where they knew asylum seekers were being housed.

Pro-migrant groups were quick to respond; about 600 people contacted Britain First to provide the names of decoy hotels.

Britain First leader Paul Golding put out a video on social media suggesting that they had not realised they had been bombarded with fake hotel names.

The group’s chair, Ashlea Simon, said they had received a lengthy list of hotel names from the public, and started to visit them. Speaking to camera, she said: “When we visited these hotels we were met with empty rooms. No illegal immigrants.”

Pro-migrant groups have celebrated sending the far-right organisation on a wild goose chase.

One, who wanted to be identified only be their Twitter handle, Marsh4LL, said: “Paul Golding put out a request via the Britain First website so I contacted every like-minded person that I know to bombard Paul and Ashlea with as many hotel addresses in the north-west that had zero connections with housing asylum seekers and it worked a treat. They were most definitely taken in by this.”

Far-right watchers have reported an increase in far-right activity believed to be accommodating asylum seekers; police were called to a hotel in Nottingham on 17 April, when supporters of Britain First went door-to-door demanding to know if the occupants of the rooms were asylum seekers.

Groups including Hope Not Hate and Migration Exchange suggested that there has also been an increase in far-right filming around Dover, where small boats arrive containing migrants.

Clare Moseley, the founder of Care4Calais, said: “Britain First’s attempt to resurrect last year’s campaign of visiting asylum seekers’ hotels is sickening. It’s an act of sheer cowardice. They challenge people who can’t answer back and who are at a disadvantage due to lack of legal status.”

Golding added: “Yes, loads of bogus submissions were inputted by leftwing, pro-migrant activists, but these were filtered out very easily. The hotels we visited were 100% being used – up until recently – to house illegal immigrants.”