Sir James said: “(The) characterisation of me as a prominent Conservative donor, or supporter, leveraging a position of power to extract favours from the Prime Minister, is completely untrue." 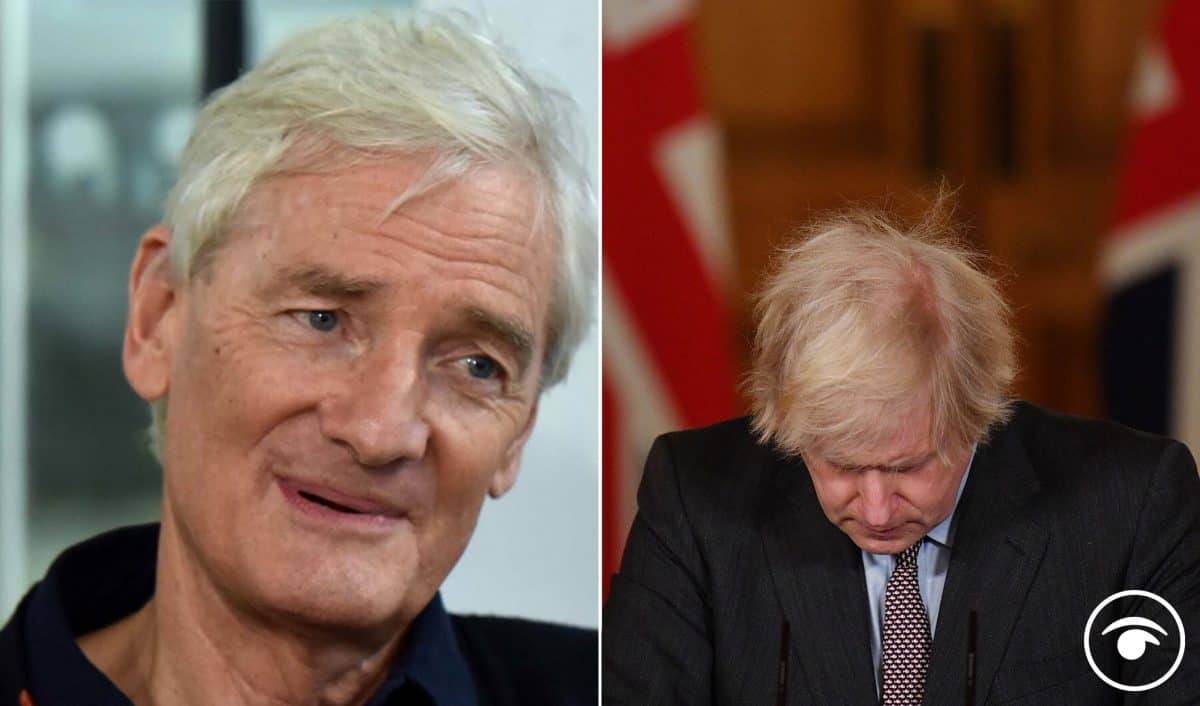 The billionaire inventor was embroiled in a lobbying row after Mr Johnson reportedly promised Sir James he would “fix” an issue over the tax status of his employees after he was directly lobbied by the entrepreneur.

The exchanges, carried by the BBC, took place last March at the start of the pandemic when the Government was appealing to firms to supply ventilators amid fears the NHS could run out.

Writing in The Daily Telegraph, Sir James said: “(The) characterisation of me as a prominent Conservative donor, or supporter, leveraging a position of power to extract favours from the Prime Minister, is completely untrue.

“I would change nothing about how Dyson reacted to this country’s Covid crisis. And you need only look at the UK’s vaccine programme to understand the value of independent action which can be swift, decisive and transcend global boundaries.

“Thousands of companies and millions of individuals have gone above and beyond in responding to this crisis. This should not be diminished by politically motivated mud-slinging after the event.”

Sir James said his first instinct when asked to develop ventilators for the NHS in March was to assist, and he engaged 450 people to work on the task.

He wrote there were “myriad questions”, including those relating to tax, and “It was in this context that we wrote formally to the Chancellor on March 15 for clarification on how UK tax rules would apply during this period of unprecedented upheaval”.

“We did not wait for a response and started work immediately,” he added.

Sir James added he was not seeking favours, and said his Singapore-headquartered firm passed up the opportunity of remuneration for the work.

He said: “We voluntarily forwent the chance to reclaim £20 million of costs from the Government.

“(Yet) it has been argued that, in the PM’s direct dealings with me, I was seeking some kind of preferment.

“What favours did anyone believe I was exacting from contact with the Prime Minister as part of a project where Dyson voluntarily donated £20 million of its resources?”

In the leaked messages, Mr Johnson promised Sir James he would “fix” a tax issue for Dyson staff working to develop ventilators.

Sir James wrote to the Treasury requesting that overseas staff would not have to pay additional tax if they came to the UK to work on the ventilator project.

Related: Johnson: You’re ‘out of your mind’ if you think there was anything sleazy about Dyson texts