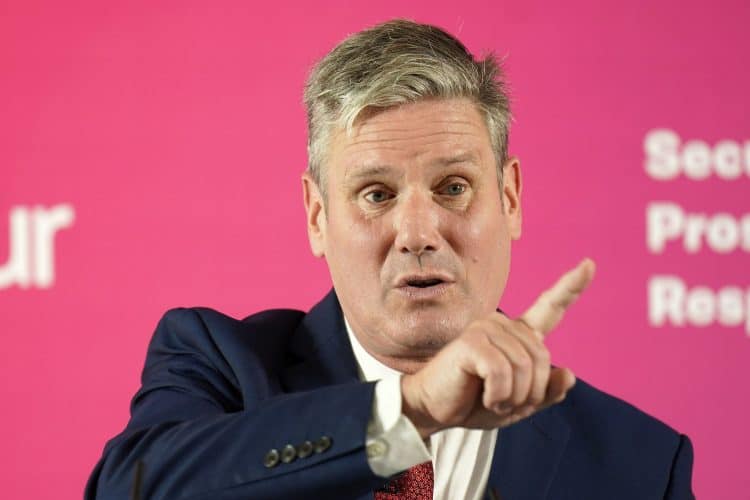 Labour has opened up an eight point lead over the Tories, according to new polling.

The latest Opinium survey shows that BOTH remaining Conservative leader candidates now trail Sir Keir Starmer as the preferred prime minister, with Labour’s lead growing by five points in the past fortnight.

The party’s surge coincides with its calls for freezing the energy price cap to address the cost of living crisis, a policy supported by nearly two-thirds of voters.

In the same spell, Boris Johnson has taken two foreign holidays while Liz Truss – the frontrunner to replace him in Downing Street – dismissed the idea of giving “handouts” to struggling households facing huge bills.

It is the largest lead Labour has enjoyed with Opinium since it introduced a new methodology in February – and follows hot on the heels of a dramatic YouGov poll which handed the opposition a huge lead of 13 points, its largest since 2013.

Opinium’s head of polling Chris Curtis described “almost 1997 levels of switching” in the poll, with 13 per cent of 2019 Tory voters now saying they’ll vote for Starmer.

Truss, meanwhile, has seen her fortunes fade significantly – and now trails Starmer 31-23 as voters’ favoured PM, after leading him by 29-28 a fortnight ago.

Opinium warned that both Truss and Rishi Sunak “seem to be falling flat with voters”, with 44 per cent saying neither would make the best prime minister.

The pollster also found that a huge proportion of the British public believe the government should be providing as much support to those struggling as they did during the pandemic.

Adam Drummond, head of political and social research at Opinium, said: “After four weeks of putting their case to the country, the Conservatives will be incredibly concerned that their two leadership candidates seem to be falling flat with the voters.

“Now not only do 44 per cent of voters believe neither Rishi Sunak or Liz Truss would be the best prime minister, but the cost of living crisis continues unabated with Labour starting to make an impact.

“Whoever the next prime minister turns out to be, they will have to work hard to regain the momentum from the opposition on dealing with the financial hit facing households this winter.”

4 Privet Drive Goes Up For Sale