Energy bills ‘may triple’… so of course Tories target renewables 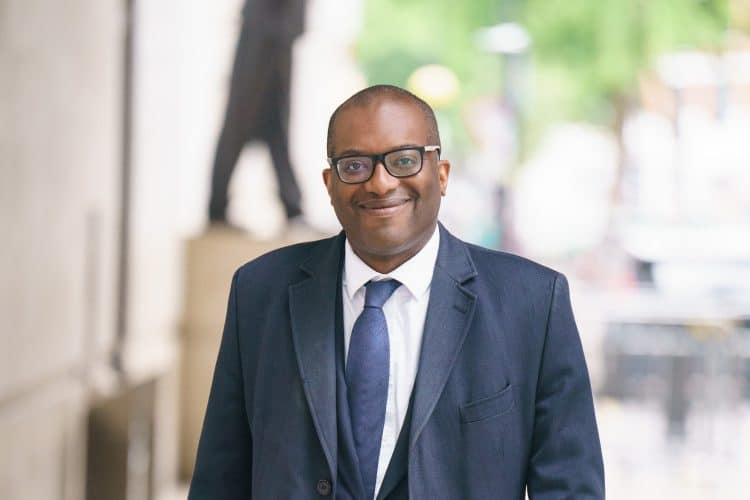 The energy price cap could triple by April – with bills forecast to rocket up to £6,000.

The grim prediction from the Auxilione consultancy came as it emerged that business secretary Kwasi Kwarteng is reportedly planning on clamping down on solar power and wind farms.

Despite new polling showing two-thirds of voters support Covid-style support to help households with the cost of living, Liz Truss – the frontrunner to replace Boris Johnson – has rejected “handouts”.

Kwarteng, tipped by many to be Truss’s chancellor, said on Saturday that “help is coming” – and revealed he’s targeting renewables.

Claiming to understand “the deep anxiety this is causing”, Kwarteng wrote in the Mail on Sunday that Whitehall was working on “the best package of measures” so a new PM can “hit the ground running”.

But The Telegraph reported on Saturday night that Kwarteng is preparing to intervene in the energy markets to stabilise the “crazy” profits of renewables firms.

The renewables sector has benefitted from the energy prices, with dividends rising as the cost of producing wind and solar falls.

Kwarteng reportedly plans to offer renewables firms a favourable fixed-term rate at which to sell their energy for the next 15 years if they agree to stop selling cheap renewables at high wholesale prices.

It comes as Truss said there is “too much talk that there’s going to be a recession” as she insisted an economic slump is not inevitable.

The Foreign Secretary suggested a “level of ambition” was needed to “change the orthodoxy” and avoid the outcome forecast by the Bank of England.

Her optimism came after Conservative heavyweight Michael Gove warned that she was on a “holiday from reality” with her tax vision as he endorsed her rival Rishi Sunak.

With the invasion of Ukraine forcing gas prices up, the Bank warned earlier this month that the UK could suffer the longest recession since the 2008 financial crisis.

The economy shrank by 0.6 per cent in June and forecasters predicted it will contract again in the final quarter of this year and throughout 2023.

But Truss reiterated her belief this can be averted as she pins her hopes on immediate tax cuts spurring growth of the economy, as inflation drives a cost-of-living emergency.

In an interview with the Sun on Sunday, she promised a “small business and self-employed revolution” to help turn things around.

“Those are the future big companies we need to develop — and why shouldn’t Britain have the next Google or the next Facebook? Why shouldn’t it be a British company?” she said.

“It’s about that level of ambition. There is too much talk that there’s going to be a recession. I don’t believe that’s inevitable. We can unleash opportunity here in Britain.”

Related: Labour surges to eight point lead – and Starmer is beating Truss too