Thanks for Brex-sh*t! Nigel Farage ‘on sewage-covered beach’ is a must-watch

You get what you vote for: Britain's sewage crisis is being blamed on Brexit - and Nigel Farage has been skewered in this viral video... 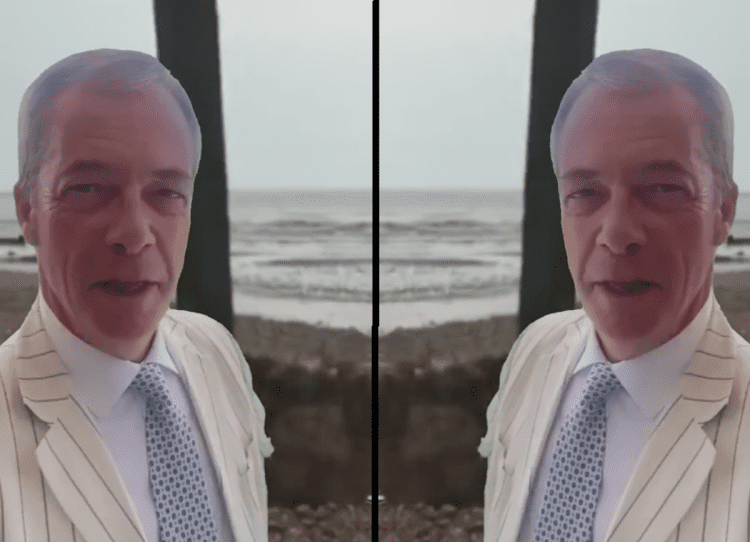 If you don’t laugh, you’ll cry. A video of Nigel Farage singing the praises of a post-Brexit UK has been edited in a very devious manner – putting the far-right politician on a SEWAGE-COVERED BEACH in the south of England.

Why is the UK swimming in sewage?

Pollution warnings are in place for dozens of beaches across England and Wales, after untreated sewage was discharged into the sea around the coast. Official data reveals there have been a number of discharges since Monday.

Yes, the sewage problem CAN be blamed on Brexit

Many critics have been quick to claim Brexit as a factor behind these sinister developments. And they’d be right: FullFact has identified leaving the EU as a partial cause of increased sewage-dumping in the UK.

The Environment Agency previously said that “the UK’s new relationship with the EU” means that some companies can no longer control the quality of the effluent they discharge. This, coupled with unfavourable weather conditions, has created a literal sh*t-storm.

Supply chain issues have also prevented some companies from securing the highly-volatile chemicals needed to treat their excess water. So we can chalk that up as another Brexit dividend. Meanwhile, figures like Nigel Farage continue to ‘Lord’ it up…

The controversial figure was at the home of cricket this week – as England lost a Test match inside three days against South Africa. Clearly, they were uninspired by Farage’s presence. He spent his time at Lord’s posing for selfies and enjoying several beers.

He also gave a rambling speech about ‘lefties who hate the UK’, claiming that Britain is a ‘great place’.

Most of the time, it is. But there’s a lot going off on Normal Island right now that none of us should be proud of. To illustrate these concerns, the team at PoliticsJoe have hilariously super-imposed Mr. Farage onto a beach getting sprayed with raw sewage earlier in the week.

Rule Britannia, and all that…