It's more good news for Labour. 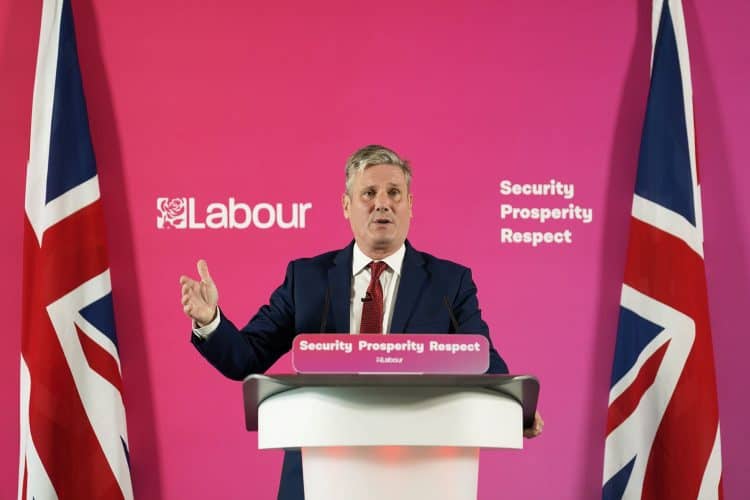 Keir Starmer is more trusted by the public than either of the Tory candidates hoping to succeed Boris Johnson, research has shown.

A poll by Ipsos UK found that more Brits have faith in the Labour leader to tell the truth than Rishi Sunak, Liz Truss – and Boris Johnson.

A staggering 61 per cent of people polled said they thought Johnson told the truth “not very often” or “never” – almost double the number who said the same about Sir Keir.

Around 23 per cent of people said they believed Sunak told the truth all or most of the time, just ahead of Liz Truss on 22 per cent.

Kelly Beaver, CEO of Ipsos UK, told The Mirror: “This poll illustrates clearly the “trust problem” that Boris Johnson has with the British public.

“And with almost one in two Britons not expecting either Rishi Sunak or Liz Truss to tell the truth, it shows that both his potential replacements have a way to go to gain the trust of the public.”

But there are warning signs for Labour. Starmer’s trust ratings has remained unchanged on 30 per cent since June 2020, by the number distrusting him has risen from 19 per cent to 33 per cent over the same period.

Beaver added: “Keir Starmer ’s ratings show that he has not yet been able to establish himself as more “trustworthy” alternative, and the low esteem in which all politicians are held serves as a reminder of the task in hand for all the party leaders.”

It comes after Michael Gove endorsed Sunak to be the next PM, accusing Truss of taking a “holiday from reality” with her plans to slash tax during the cost-of-living crisis.

The former Cabinet minister suggested the Foreign Secretary’s proposals would put “the stock options of FTSE 100 executives” before the nation’s poorest people.

Gove said he does not expect to return to frontbench politics as he backed the underdog in the race to replace Johnson in No 10.

Writing in the Times, he said: “I do not expect to be in government again. But it was the privilege of my life to spend 11 years in the Cabinet under three prime ministers. I know what the job requires. And Rishi has it.”

On the economy, Gove said: “And here I am deeply concerned that the framing of the leadership debate by many has been a holiday from reality. The answer to the cost-of-living crisis cannot be simply to reject further ‘handouts’ and cut tax.

“Proposed cuts to national insurance would favour the wealthy, and changes to corporation tax apply to big businesses, not small entrepreneurs.

“I cannot see how safeguarding the stock options of Ftse 100 executives should ever take precedence over supporting the poorest in our society, but at a time of want it cannot be the right priority.”

Related: Game, set, match: Grouse finally off the menu at the Ritz