The PM, meanwhile, spoke of his anger at the attack, and said it was ‘absolutely clear that we can’t carry on with the failed approaches of the past’. 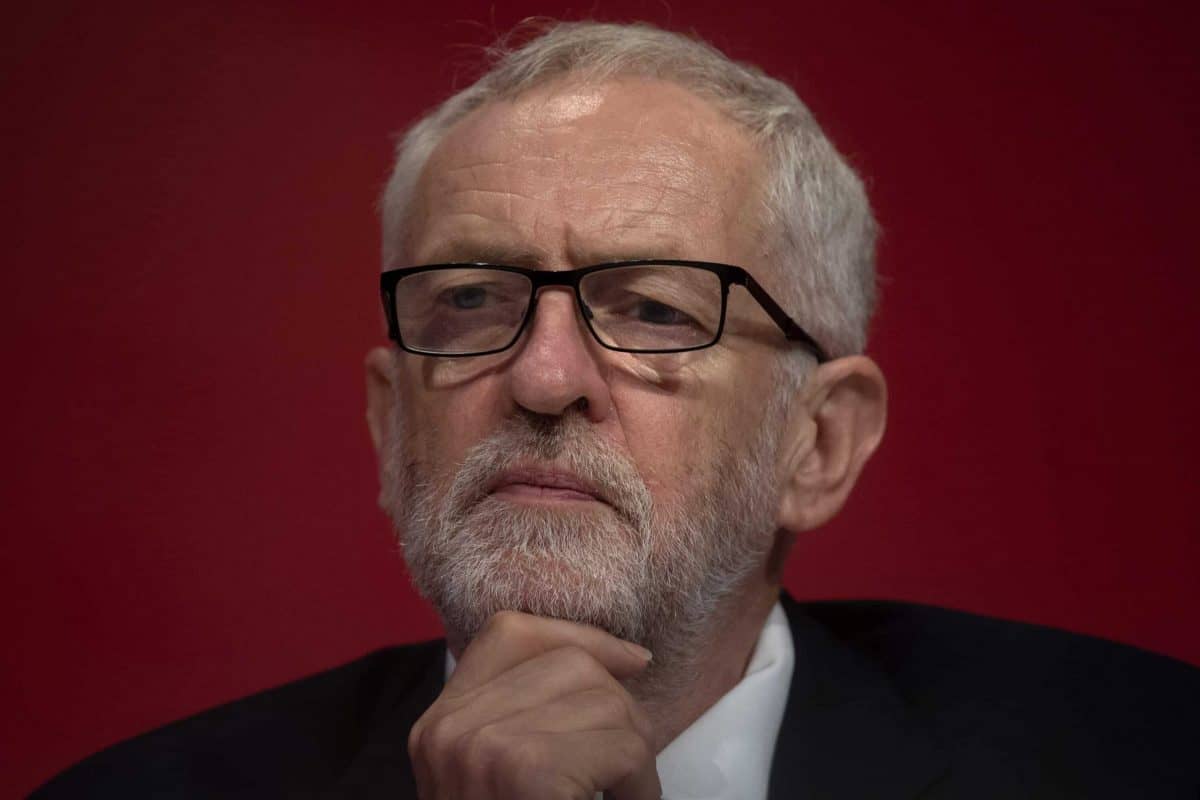 As the political row over Friday’s attack intensified, the Labour leader said he believed police officers had “no choice” but to shoot Usman Khan dead after he stabbed a man and a woman to death, following his release halfway through a 16-year prison sentence.

His comments came as the Prime Minister said that because the “broken hung parliament was preoccupied with blocking Brexit”, the Government was unable to make the changes required to keep violent offenders and terrorists in jail for longer.

Mr Corbyn told Sky’s Sophy Ridge on Sunday that it “depends on the circumstances” and that it was “not necessarily” the case that people convicted of terrorism offences needed to serve a full prison sentence.

He said: “I think there has to be an examination of how our prison services work and crucially what happens to them on release from prison because I need to know whether or not the Parole Board were involved in his release, apparently they were not, they made that statement quite quickly after the release … after yesterday’s terrible incident.

“Secondly, there were apparently no probation service involvement in monitoring this former prisoner who after all had only served half his sentence and he came out I think a year ago and there has to be an examination of what goes on in the prison because prisons ought to be a place where people are put away because of major serious offences but also a place where rehabilitation takes place.”

Mr Corbyn said police were “stuck with a situation where there was a credible threat of a bomb belt around his body and it’s an awful situation for any police officer, any public servant to be put in” as he backed the decision to kill the attacker.

Meanwhile the PM spoke of his anger at the attack, and said it was “absolutely clear that we can’t carry on with the failed approaches of the past”.

“This is why I’ve also said that we must keep violent offenders and terrorists in jail longer and end the automatic early release system,” Mr Johnson said.

“We took some steps to do this before the election. However, due to the broken hung parliament that was preoccupied with blocking Brexit, we could not do more.”

A Sentencing Bill included in the Queen’s Speech in October, which became defunct once the election was called, would have changed the automatic release point from halfway to two thirds for adult offenders serving sentences of four years or more for serious violence or sexual offences.

Judges can already impose extended sentences for offenders assessed as “dangerous”, where they will serve two thirds, but the proposed legislation would make the longer jail terms mandatory for certain offences.

Mr Johnson’s first Queen’s Speech as Prime Minister was branded a pre-election stunt by the opposition, as he was pushing for a general election at the time.

He went on to say: “The terrorist who attacked yesterday was sentenced 11 years ago under laws passed in 2008 which established automatic early release.

“This system has got to end – I repeat, this has got to end, as I’ve been saying for four months. If you are convicted of a serious terrorist offence, there should be a mandatory minimum sentence of 14 years – and some should never be released.

“Further, for all terrorism and extremist offences the sentence announced by the judge must be the time actually served – these criminals must serve every day of their sentence, with no exceptions.

“These simple changes, in line with what I’ve been saying since becoming Prime Minister, would have prevented this attack.

“I believe they will help stop further attacks and these changes will be made urgently in the New Year if I am Prime Minister and have a majority in Parliament.”

Mr Johnson said that, from surveillance and operations to sentencing and licensing conditions, the balance of the whole legal system must be shifted in a “much tougher direction” against serious criminals and terrorists.

In August, Mr Johnson ordered an urgent review of sentencing policy, saying that dangerous criminals must be taken off the streets and punishments “truly fit the crime” if the public was to have confidence in the justice system.

Downing Street confirmed that advice was submitted to the Prime Minister in October, which led to the Sentencing Bill being announced in the Queen’s Speech. The advice was internal and has not been published, a Downing Street spokeswoman said.

Meanwhile, Mr Johnson rejected criticism of police shooting the attacker, adding: “The police had very good reasons to think the attacker presented a real and deadly threat. They had to make split second decisions. I know the overwhelming majority of the country will join me in giving them our absolute support.”