"If you can flout the law with bluff and bluster, and not care whether you are believed," the Brian Bilston poem reads. 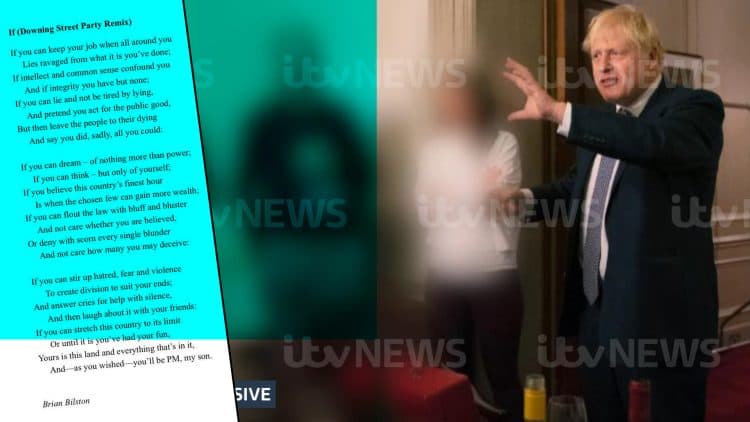 A popular internet poet has rewritten Rudyard Kipling’s ‘If’ after fresh pictures of Boris Johnson drinking at a Downing Street event were leaked.

ITV News has published four images showing the prime minister with a drink in his hand while standing behind a table littered with wine bottles and food.

Johnson was not fined by the Metropolitan Police over the event seen in the images, which show at least nine people in close proximity along with six bottles of wine.

Internet poet Brian Bilston has rewritten Kipling’s ‘If’ in the aftermath of the leak.

The poem reads: “If you can flout the law with bluff and bluster

“And not care whether you are believed,

“Yours is this land and everything that’s in it,

Read the poem in full below:

Related: Watch: The moment the PM denied there was a party on Nov 13th in parliament