Pictures released today seem to give conclusive evidence that a lockdown-busting party did take place on that evening. 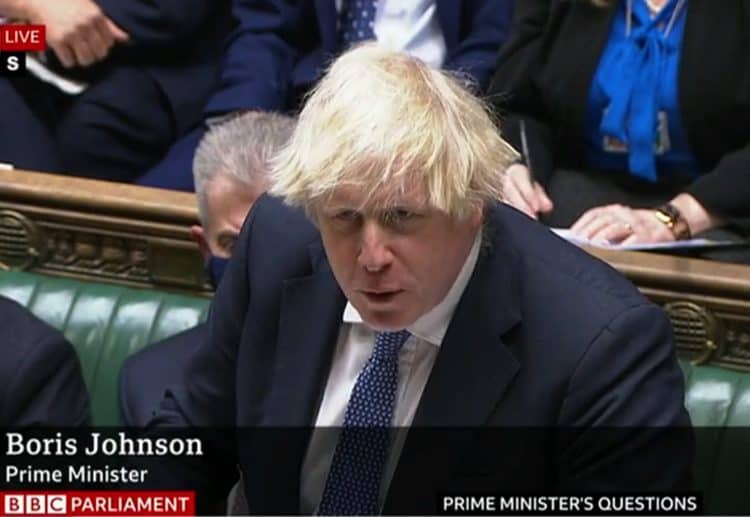 ITV has obtained new photographs of Boris Johnson drinking at a Downing Street party on 13th November 2020, with bottles of alcohol and party food on the table in front of him.

A gathering held in honour of Downing Street’s then director of communications, Lee Cain, had the prime minister in attendance along with eight other people and the photographer.

It is understood that there were also other participants out of shot at the party, which one source has dubbed “Fizzgate” owing to the glass of sparkling that can be seen in Johnson’s hand.

On a chair sits his red box, and on the table next to him are two bottles of champagne or cava, four bottles of wine and half a bottle of gin.

In December 2021 Johnson denied that such a gathering had taken place in parliament.

As the Mirror’s Kevin Maguire pointed out, that means there is now proof that the PM deliberately misled Parliament.