Paul Dennett believes his unapologetically socialist Salford success story can show Labour a path back from the brink. 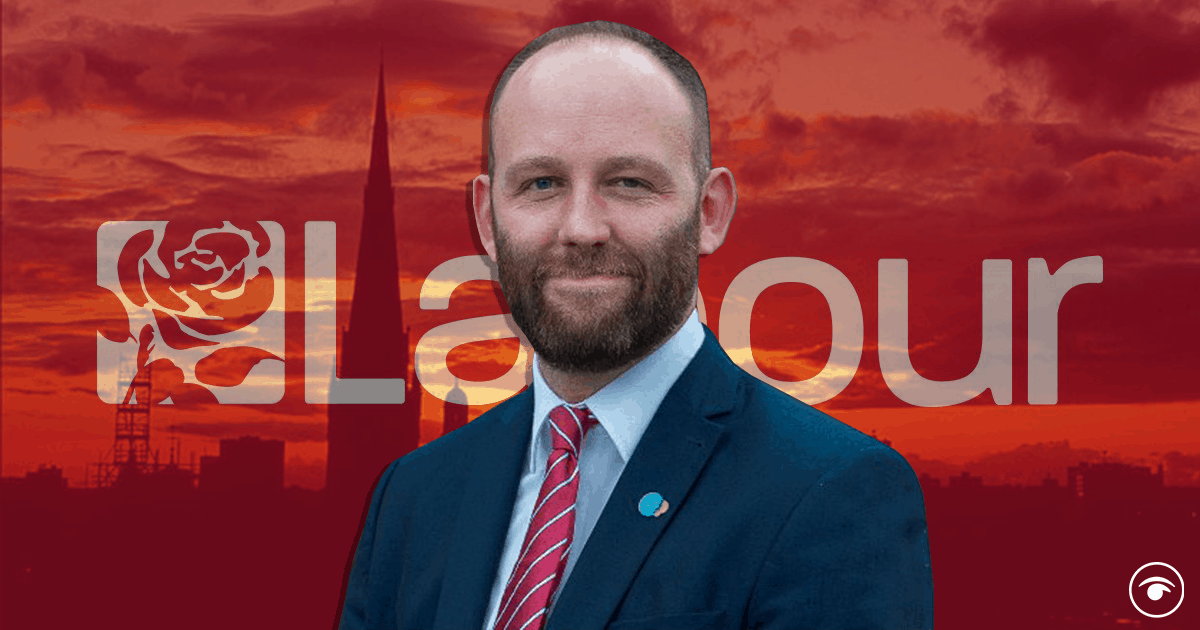 Cast an eye at the geography of today’s Labour party, and one thing quickly becomes clear: the lion’s share of the innovation and impetus is coming from the North West.

Top of the bill is Andy Burnham, increasingly resembling a kind of Prince across the Pennines, waiting for his moment to storm Keir Starmer’s keep. There’s Angela Rayner, deputy leader of the party’s Westminster operation, who is carving out an ever-more-prominent position after an ill-fated attempt at her ousting. There are local leaders like Matthew Brown, the steely leader of Preston city council. And there’s Paul Dennett, the Salford city mayor.

Dennett is one of a handful of bright spots in an otherwise gloomy picture for Starmer’s Labour. Like Brown, he performed strongly in last month’s local elections, increasing his vote share to 59 per cent – a ten per cent increase on his first election in 2016, and good enough for a first round victory. And, like Brown, he is fiercely and unapologetically radical.

In his victory speech, Dennett lashed out at Labour for having “embraced the new global economy of finance and services – bleeding yet more life out of the towns where our voters traditionally came from.” Despite joining the party under Tony Blair, he says “what New Labour did” – the outsourcing of services, the hollowing out of local government – “never sat well with me.”

“I joined at a time when I saw all these private finance initiatives and off-balance-sheet spending to keep the debt and deficit down. I didn’t feel comfortable about that,” he told TLE from his office in Salford’s town hall, a very on-message painting of the city skyline – towers tangled with Labour-red roses – behind him. “I’ve always believed in the public sector ethos, and continuing that is something I’m deeply passionate about.”

Like his counterpart in Preston, Dennett has grown increasingly vocal about what Salford can teach Starmer. Both he and Brown, who oversees the only Labour-led authority in Lancashire to retain all its seats last month, have written for the Guardian about the need to scope out a progressive vision for the party. “Labour must not be ashamed of its radical roots,” Dennett argued in the election’s aftermath.

He is adamant that his success in Salford is predicated on “the fact that we’ve campaigned on a very bold and progressive vision” – what he describes as “sensible socialism”. Since he was first elected, Dennett explains, Salford has been “doing things very differently”.

Top of the agenda has been the housing and homelessness crisis. Dennett established a housing company designed to build affordable accommodation for renters, called Dérive. It’s name is nicked from French philosopher Guy Debord, who defined it as “a mode of experimental behaviour linked to the conditions of urban society: a technique of rapid passage through varied ambiances.”

In practice, Dennett explains, “we’re using unsupported borrowing, commuted sums from other developments in the city, capital receipts from building or land sales in the city and using our own land holdings to tackle the housing and homelessness crisis”. The result, he says is the construction of “social rented homes at a high standard”, opening the door for locals relying on housing benefits.

The city council has already put money behind more than 600 new homes, and the plan is to build another 3,000 across the next decade. “There’s over 6,000 families on the waiting list at the moment, and we’re anxious – especially now the eviction band has come to an end. We’re really worried about what impact it’s going to have, at a time when governments seem to believe that the market is the best driver for homes in this country – which I fundamentally don’t agree with.”

Dennett believes his manifesto “speaks to the people of the city. It’s not something I’ve just crafted in blissful isolation here in the town hall,” he says. “It’s something we’ve worked really hard on with communities – responding to issues and concerns that matter, and trying to find solutions for them.”

That brand of “pragmatic, practical politics” cut through on the doorstep. “We’ve got that cohesion behind a clear vision for a better and a fairer Salford – and people got behind that vision, and people have been able to sell that vision.”

Dennett is palpably proud of the fact that local party members “know exactly what we’re campaigning on and what our policy offer is”. As jabs at the party leadership go, it’s hardly subtle – but he isn’t especially bothered with subtlety when it comes to diagnosing Labour’s problems.

Has anything changed since May? “I think we’re being heard,” Dennett says. He and his team often meet members of the shadow front bench, and he does believe that he is “being engaged”. But there’s no indication that Starmer will will start looking to places like Salford or Preston when it comes to crafting the party’s message going forward.

“It’s going to be interesting to see what happens now when it comes to manifesto creation and the policy process,” he says. “We’re really eager to put forward progressive visions for local government. We’ve got lots to say on housing and inclusive economies. It’s going to be interesting to see where the public lands on some of these issues. I feel the party is listening, I just think we need to be a bit more public about what our position is on some of these things.”

As for the other side of the aisle, Dennett is scathing of Boris Johnson’s ‘levelling-up’ agenda, dismissing it as “pork-barrel politics”. Salford hasn’t received any Treasury funding, despite being the 18th most deprived local authority in England – whereas a string of Conservative marginals have. But he admits that the Tories’ “spend on capital at the moment is really interesting” – albeit hardly original. “This isn’t new stuff, is it? This is what John McDonnell was talking about.”

He is adamant that “taking cities and towns like Salford more seriously is absolutely the way forward” for UK plc. And, while his scepticism of the Conservatives’ commitment to doing so is plain, he’s hardly convinced of Labour’s outlook either.

“For me, the national Labour party needs to acknowledge the absolute importance of local government and councillors and the work they do in their communities day-in, day-out,” Dennett says. “If we can demonstrate a progressive agenda for the future of the state – and local government within that – I think we stand a good chance in the next general election.”

There are undoubtedly lessons that Salford can teach Starmer. The city leant narrowly towards Leave in the EU referendum, but Dennett believes he has been able to coax UKIP voters back into the fold – something the party has struggled to do in places like Hartlepool.

“We think a lot of that is to do with our economic vision and what we’re trying to articulate: being ambitious for Salford, being embedded in the community and making people feel as though they’re part of what we’re trying to achieve here.” If he is successful in “delivering our economic vision”, Dennett believes it will “bring these voters back to Labour in future elections.”

On the night of his reelection, he spoke of a “path Labour can take, which unites our traditional voters with young, and new voters” – and Salford’s mayor sees “big tent politics, where everyone can play a role in what we’re trying to achieve” as the cairn guiding the party’s way.

“We talk about the party being a broad church, but we need to demonstrate that in what we do – whether that’s our policy offer or how we behave in office,” he says. “My agenda is a shared agenda with the people of the city – and it’s an agenda that speaks to the people of Salford: let’s all be ambitious and get behind the vision.

“I think that’s what we can teach the Labour party,” he reflects. “It can be done. It’s hard graft. It takes commitment, you have to build consensus. But it absolutely can be done – no doubt about it.”