The EU will "look at us in horror", the minister for Brexit opportunities declared, much to the amusement of people on social media. 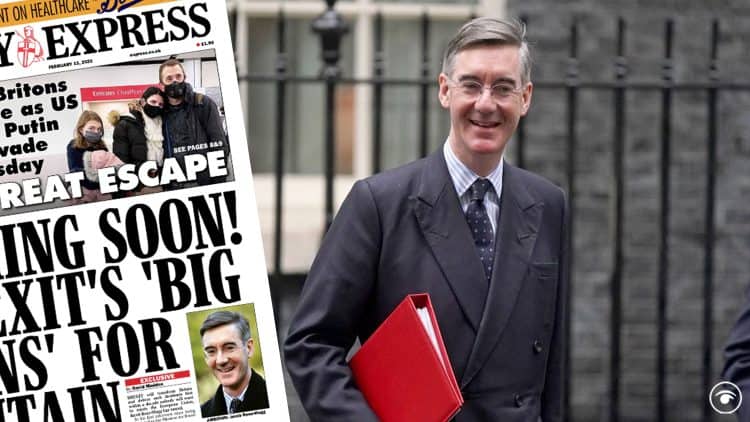 Jacob Rees-Mogg has promised Express readers that the benefits of Brexit will be coming “soon” in a front-page exclusive.

He said the European Union will look at us in horror because the split will deliver “such dividends that within a decade nobody will want to rejoin” it.

The new minister for Brexit opportunities and government efficiency had previously said it could take up to 50 years to reap the benefits of the exit.

But he was far more optimistic in comments published today.

He said many “big wins” were in the pipeline and the aim was to see “significantly higher” GDP and improved standards of living.

If it succeeds he believes the political question over EU membership will be finished once and for all.

He said: “It will be impossible to go back because our economy will be so transformed that firstly nobody would want to and secondly the EU would look at us in horror because we would not be following all their petty rules.”

The minister, who was promoted from his previous role as Leader of the House, will be carrying out a tour of the country to meet members of the public and hear their proposals.

“Government is not the centre of all knowledge and wisdom. Actually there is a much greater wisdom with the British people as a whole.

“That is why I am so keen for the British people to tell me what it is in their daily life that the Government does that makes their life harder. And if I can, I will push to get rid of that.”

Earlier in the week Rees-Mogg asked readers of The Sun for help with his new job – but it backfired spectacularly on social media.

By the look of these reactions, his latest comments don’t seem to have gone down that well either.