This is the "incredibly divisive language used by the British National Party in the 1980s," Dr Halima Begum said. 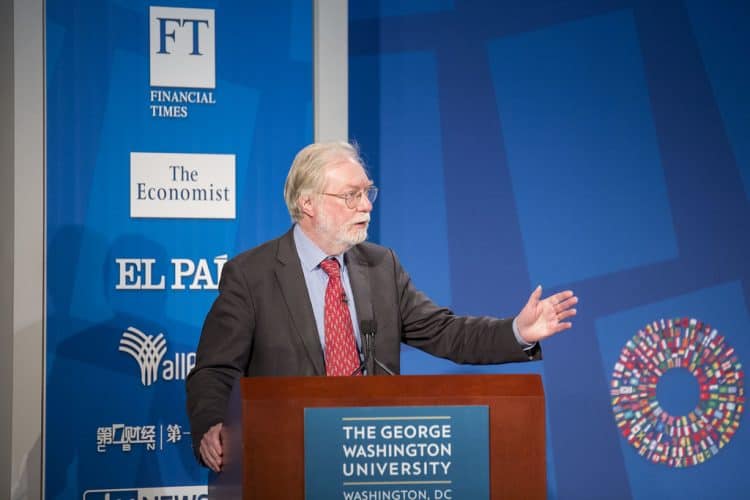 Michael Gove has picked a controversial professor who has been described as “dangerous” by a former Tory MEP to advise him on levelling up plans.

According to Independent reports, Paul Collier has been brought in to sit on an advisory council providing support and analysis on a blueprint to ‘level up’ the country.

The economist has previously claimed that immigration has made “the indigenous British” a “minority” in London.

He also argued, at a seminar, that people born in this country should count as indigenous only if they have integrated into British society.

The appointment has been attacked as “deplorable” by a former chair of the Conservative Muslim Forum and as “dangerous” by a former Tory MEP.

Dr Halima Begum, chief executive of the Runnymede Trust race equality think tank, said: “Referring to indigenous Britons, which is a proxy for white Britons, is the incredibly divisive language used by the British National Party in the 1980s.

“What place does such divisive politics have in levelling up, where the purpose is giving everybody a decent job and access to good education?”

The West Midlands, Glasgow and Greater Manchester were promised more than £100 million for “innovation accelerators” aiming to replicate the success of Silicon valley, and more regional mayors in England could be created.

However, the Government has been widely criticised for not including any new cash for the plans. All the money has come from funds that were set out in the spending review.

Sacha Lord, co-founder of Parklife festival and Warehouse Project, and night time economy adviser for Greater Manchester, said Westminster is “broken” and does not work any more.

Speaking to the PA news agency, he said: “One thing we have definitely seen in the pandemic – that it has really shone a light on – is the fact that the UK seems to be very, very London-centric, and they seem to get all the money.

“This is not a ‘Manchester versus London’, but it is not right that they get a lot more than us.”

He added: “I think Westminster is broken, it was a vehicle and I don’t think it works any more.

“Gove was up here last week, and it certainly feels as if he’s interested – I just hope it’s not a nodding dog exercise.”