"Call me cynical but if the Government has got to the point of asking random Sun readers four years after Brexit there is a problem." 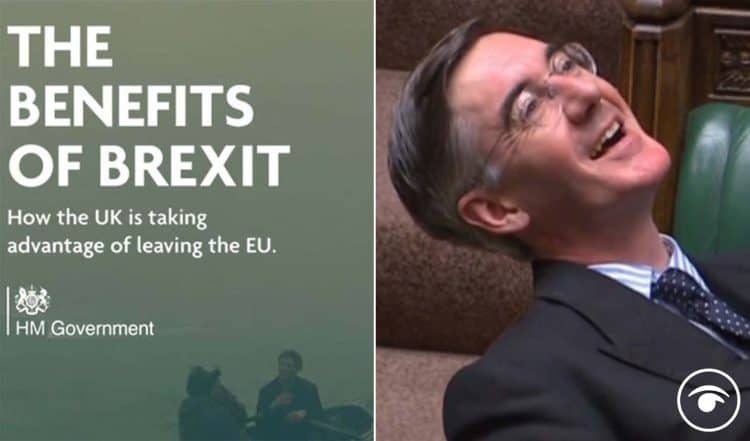 Jacob Rees-Mogg put a call out for help with his new job in an opinion piece in The Sun today.

The newly-appointed Brexit opportunities minister asked readers to write to him with “ANY petty old EU regulation that should be abolished.”

He implored readers to help identify red tape which makes “life harder for small businesses, shuts out competition or simply increases the cost of operating”.

“Through thousands of small changes, we can enact real economic change — which means The Sun’s readers will feel a real Brexit bonus in their pockets and in their lives       every day,” he added.

The article comes as an SNP MSP has said the damage caused by leaving the EU are “all too evident” in response to the latest Brexit report.

The House of Commons Public Accounts Committee report EU Exit: UK Border Post Transition, released on Wednesday, found that while it was difficult to distinguish how much trade had suffered since the end of the Brexit transition period on December 31 2020 due to the pandemic or Brexit, it was “clear that EU exit has had an impact”.

It said that far from freeing up firms to boost productivity and contribution to the economy, the “only detectable impact” of Brexit so far has been to increase the burdens on businesses.

In response to the report, Constitution Secretary Angus Robertson said it shows that there is “a profound absence of Brexit benefits”, adding: “The damage, delays and dislocation caused by leaving the EU are all too evident.”

Well it wasn’t long before Rees-Mogg’s article started doing the rounds on social media, and more than a few people had something to say.

BBC weigh in on Brexit at last with this brutal takedown

Millions of Brits admit they leave batteries lying around