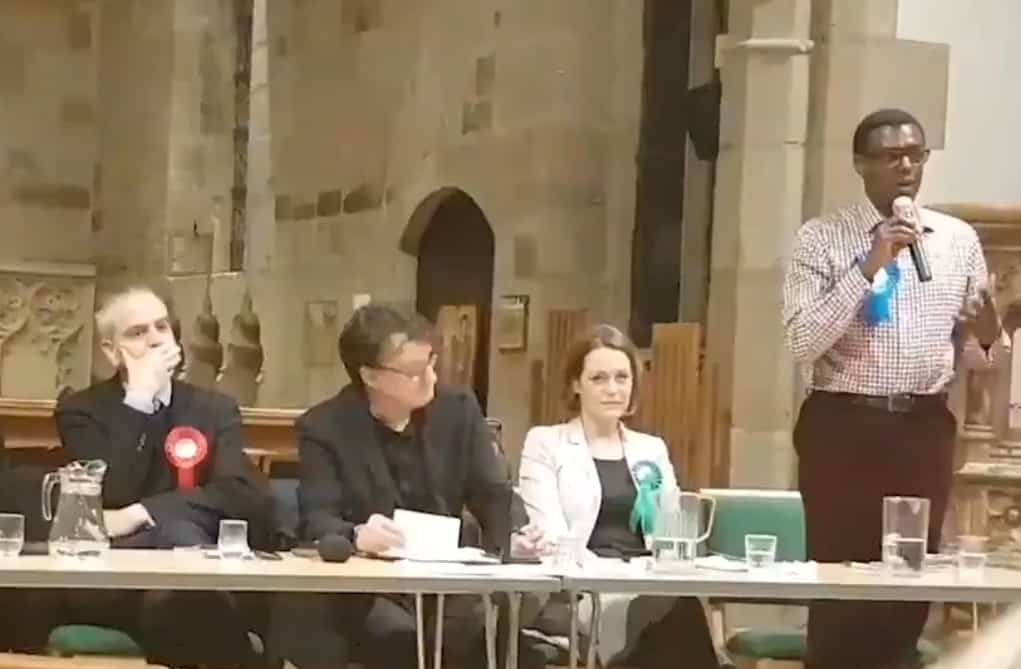 A Conservative Party candidate has caused a stir after suggesting people who use food banks should get better at managing their budget.

Darren Henry, who is running to be the MP for Broxtowe in Nottinghamshire, said those who are forced to rely on charitable causes should become more financially savvy.

The comments, made during a hustings event in Beeston, come just days after Tory candidate Sally-Ann Hart also came under fire for saying some people with learning disabilities “don’t understand money”.

Mr Henry told voters on Friday night: “When they go down to the food bank, what they struggle with is maybe being able to manage their budget.

“A thing that can help them is how we can offer them some advice and support.

“When people are really, really down, and when people haven’t got the money, one of the things they can look to do is to get a payday loan or something like that.

“If I’m in Parliament, as a private member’s bill, if I ever get the opportunity, one of the things I’d like to do is to try and stop payday loan advertising because that just makes the whole problem worse.

“What we need to do is to be able to support these people and helping them understand budgets and money is a really useful thing and it’s something we can bring into schools as well.”

Conservative Candidate for Broxtowe Darren Henry at a church hustings:

“When people go down the foodbank, maybe what they struggle with is being able to manage their budget…they can get a payday loan or something.”

You fucking what!? Blaming the poor!pic.twitter.com/MoSOLe5nLO