“It’s not right that anyone should have to use a food bank at any time of year – not just at Christmas", Trussell Trust say. 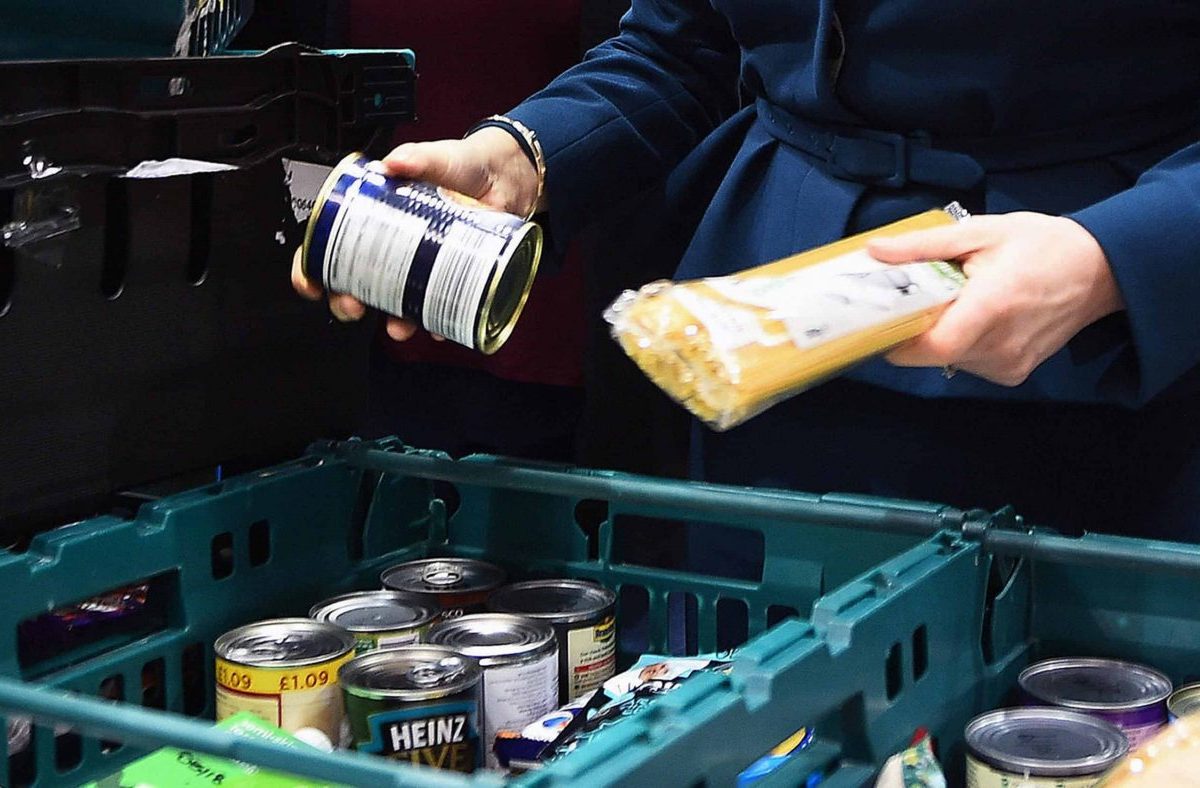 A food bank charity is braced for its busiest December yet as it called on the next government to work towards a scenario where everyone has enough money for basics.

The Trussell Trust, which runs a network of food banks across the UK, said new data shows December 2018 was the busiest month for food banks last year.

It said 186,185 three-day emergency food parcels were provided by food banks in the Trussell Trust’s network to people in crisis, with 78,536 of these going to children.

This is 44 per cent higher than the monthly average for the 2018-19 financial year, the charity said.

A few weeks ago, the Trussell Trust released data which showed that April to September 2019 was the busiest half-year period for food banks in its network since the charity opened.

During those six months, 823,145 three-day emergency food parcels were given to people in crisis in the UK, with more than a third of these (301,653) going to children.

The charity said this is a 23 per cent increase on the same period in 2018 – the sharpest rate of increase the charity has seen for the past five years.

A time of joy and celebration

The Trussell Trust’s chief executive Emma Revie said: “Christmas is supposed to be a time of joy and celebration – but for too many people it’s becoming harder and harder to keep their heads above water.

“Nine in 10 of us believe hunger in the UK is a problem – food banks cannot and should not have to continue to pick up the pieces.

“We know many people want to help their local communities at this time of year. There are two simple things you can do to make a real difference.

“First, find out what items your local food bank is most in need of and donate as soon as possible.

“Then help us end the need for food banks for good, by asking all your local candidates up for election to pledge to protect people from hunger by making sure everyone has enough money for the basics.

“It’s not right that anyone should have to use a food bank at any time of year – not just at Christmas.

“Our next government must start working towards a future where no one needs a food bank. It’s not inevitable that every Christmas we hear stories about families needing food banks.

“It’s in our power to reach a future where everyone has enough money for the basics. This can change.”

A spokesman for the Department for Work and Pensions said: “We spend over £95 billion a year on working-age benefits and Universal Credit supports more than 2.5 million people across the UK.

“With Universal Credit people can get paid urgently if they need it and 95 per cent of payments are made in full and on time.”

Ian Lavery, Labour Party chairman, said: “While so many of us will enjoy indulging over the Christmas period, it is a total scandal that more families than ever will be relying on food handouts just to save them from going hungry.

“The appalling rise in food bank use reflects the cruelty of Tory austerity. Boris Johnson’s born-to-rule Conservatives don’t seem to care that when they sit down for their Christmas dinners, hundreds of thousands of families will be relying on the kindness of strangers just to survive.

“This is not inevitable. The next Labour government will halve food bank usage within a year and remove the need for them altogether in three years. That is the real change that Britain needs.”