She said “they don’t understand money” and get happiness just from working. 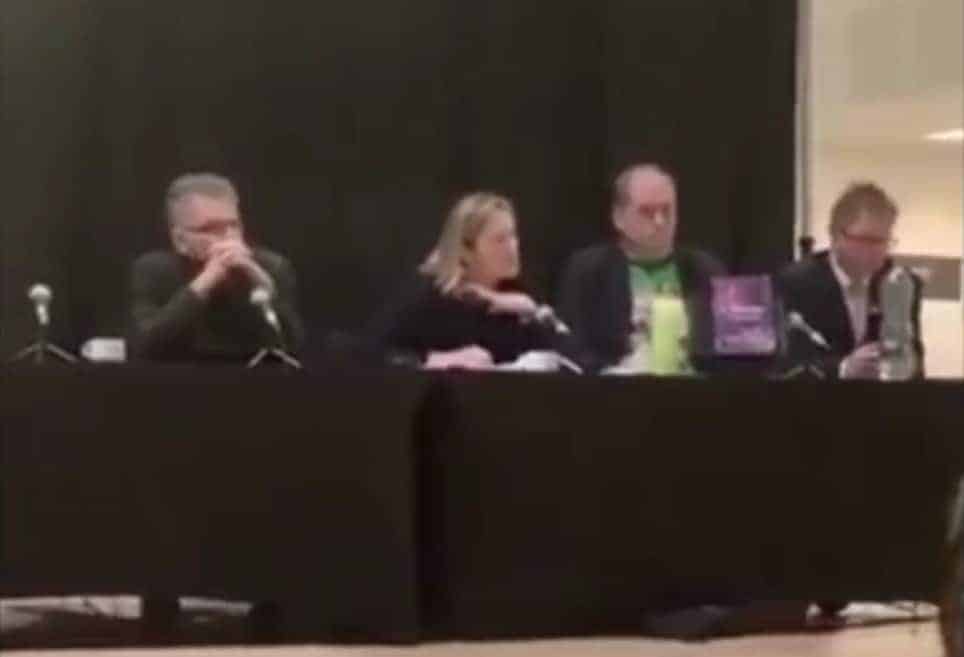 A Conservative candidate was met with boos and jeers from a horrified audience last night after saying people with learning disabilities should be paid less than minimum wage as “they don’t understand money”.

Sally-Ann Hart, the Conservative candidate for Hastings and Rye, defended sharing an article that argued in favour of paying disabled people less.

She was asked by a member of the audience about the article which was posted on her Facebook page.

“They should be given the opportunity to work because it’s to do with the happiness they have about working.”

Last night I saw my local Conservative candidate say that people with learning difficulties should be paid under min wage because of the “happiness they have about work” and “they don’t understand about money”. I despair that she could become our MP next week #HastingsandRye pic.twitter.com/j7Z207zbTX

As the audience shouted ‘shameful’ and ‘they deserve a salary’, she responded:

“Some people with learning disabilities, they don’t understand about money.”

During her response she repeated: “It’s about the happiness to work.”

Adding: “It’s about having a therapeutic exemption and the article was in support of employing people with learning disabilities, that is what it was.”

“How patronising, how dare you”

A member of the audience was heard shouting: “I’m autistic, and I want to get paid for the work I do” while another man shouted “how patronising, how dare you”.

It is understood the article being referred to was published by The Spectator in 2017 and written by Rosa Monckton, whose daughter has Downs Syndrome.

She founded a charity, Team Domenica, calling for a ‘therapeutic exemption’ to the minimum wage, to help people with learning disabilities find and maintain work.