Labour’s environmental policies scored higher than both the Green Party and Liberal Democrats, with the Conservatives languishing far behind in the NGO’s assessments. 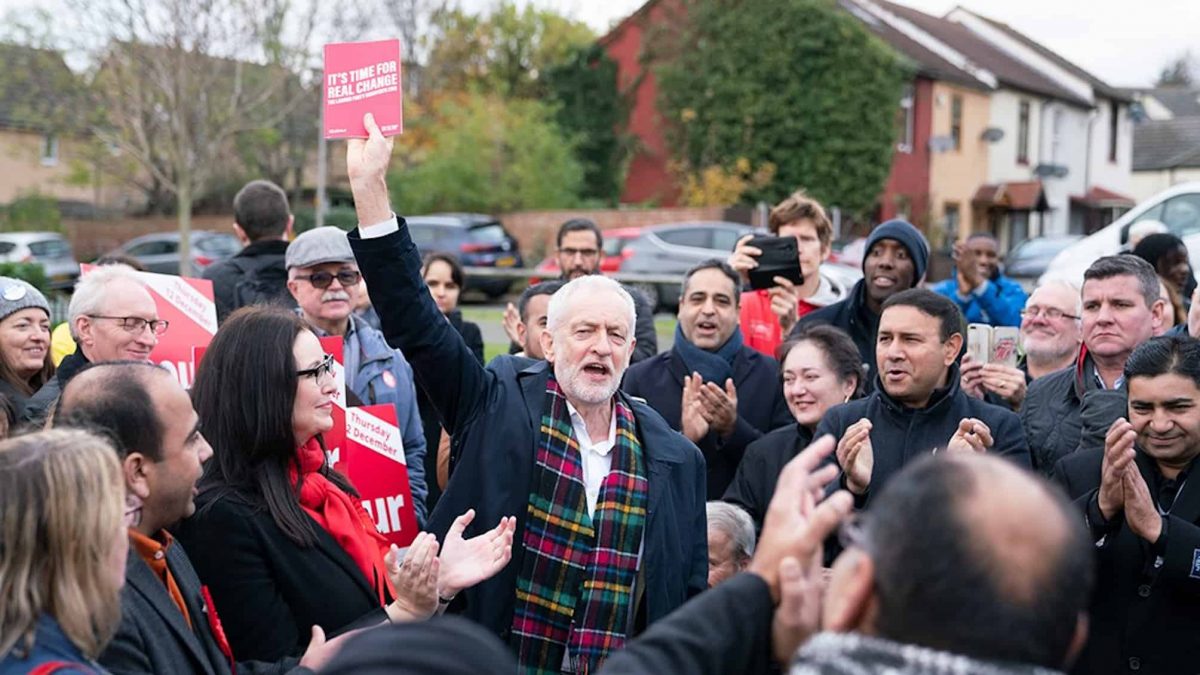 Labour is the best placed to tackle the climate and ecological crisis of any UK party’s manifesto commitments, according to environmental NGO Friends of the Earth.

Labour’s environmental policies scored higher than both the Green Party and Liberal Democrats, with the Conservatives languishing far behind in an assessment of the parties.

Climate justice is a central component of Labour’s 2019 manifesto with the party’s plan for a green industrial revolution central to a commitment to “achieve the substantial majority of our emissions reductions by 2030” – 15 years ahead of the Liberal Democrats and 20 ahead of the Conservatives.

Friends of the Earth’s head of political affairs David Timms explained: “Labour’s manifesto contains strong, funded policies on home energy efficiency and renewables. This was boosted by significant additional pledges during the campaign on plans for tree planting, food policy, public transport and cycling – as well as a commitment to strong environmental law and enforcement.

“The Lib Dems and Greens both scored similarly and had a suite of policies which were consistently judged to meet, and sometimes exceed, Friends of the Earth’s policy demands. Both had especially strong policies on home energy efficiency and renewables, but scored slightly lower than Labour overall.”

In a “climate election” where almost half of Brits polled said climate change concerns would affect how they voted, Boris Johnson has been criticised for dodging the climate debate and only temporarily suspending fracking over safety concerns.

It has also been revealed that 94% of party donations by backers of climate change denial go to the Conservative party, with Boris Johnson the politician they bankroll the most.

“Despite the Conservative Party manifesto offering decent policies on plastics and agricultural subsidies and restatement of the moratorium on fracking, in sector after sector its commitments were invariably weaker than the other parties, entirely absent or just plain bad.

“Their manifesto consistently failed to step up to address the climate and nature emergencies, which are hurting communities right now and will deliver catastrophe in the future. We were concerned that they failed to restate commitments to some existing positive government policies.”

There was also controversy as the Green Party queried Labour coming top of the climate and ecological measures assessment.

Friends of the Earth sent all the parties assessed an initial score when they published their manifestos, but then allowed additional policy details to be submitted. Labour responded with strong concrete proposals, especially on cutting the carbon footprint of aviation.

The level of detail in Labour’s further submission is believed to have swung it, which angered Green Party in the last few days before the nation goes to the ballot on December 12.

Lauren Townsend, Labour for a Green New Deal spokesperson, said: “A vote for Boris Johnson is a vote for climate chaos. This election is the last chance to stop climate catastrophe. Friends of the Earth’s league table confirms the stark choice between a Tory government with nothing but disdain for our planet and all life that depends on it, and a Labour party committed to real change.”

Friends of the Earth’s league table ranked all of the parties’ manifestos out of 45, covering climate targets, energy, transport, food and nature. Labour scored 33 while the Greens scored 31 and the Liberal Democrats 30. The Conservatives scored just 5.5 a week after Boris Johnson dodged Channel 4’s party leaders’ Climate Debate along with Nigel Farage.

Read Friends of the Earth’s manifesto analysis in full.