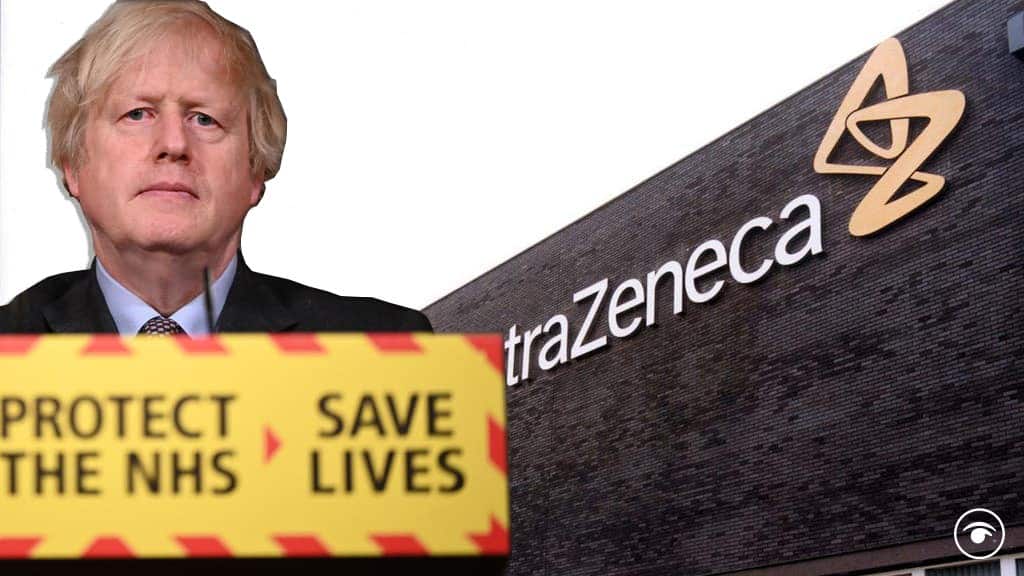 Boris Johnson has sparked controversy by attributing the life-saving vaccine roll-out to the forces of “greed” and “capitalism.”

In a Zoom call to the 1922 Committee of Conservative Backbenchers, the PM remarked: “The reason we have vaccine success is because of capitalism, because of greed my friends.”

“It was giant corporations that wanted to give good returns to shareholders.”

Suddenly realising the negative reaction these comments would ignite Johnson attempted to row back what he had said, repeatedly telling MPs to “forget I said that” and asking them to “remove that comment from your collective memory.”

Nick Dearden, director of the organisation Global Justice Now, said that despite Johnson’s attempts to expunge the record, “it remains an incredibly revealing remark which shows just how warped his understanding of this crisis is”.

‘Public sector played a role in every stage‘

It also overlooks the fact that market forces actually left us woefully unprepared for this emergency, with lethal consequences.

Awkwardly for Johnson no sooner had he closed his laptop on the Zoom call had his comments been flatly contradicted by a government report into the vaccine development program published on Wednesday.

Officials emphasised that the public sector ‘played a role in every stage of the Ox/AZ vaccine supply chain’, and that the absence of government intervention ‘at any stage of the process would have delayed the development of the vaccine.’

‘Development of the Ox/AZ vaccine inside a year was made possible by the combined efforts of scientists, venture capitalists, manufacturing experts, regulators, civil servants and volunteers.’

The Pfizer and Moderna vaccines have also been heavily dependent on government intervention. It was the US Biomedical Advanced Research and Development Authority that funded research into the unproven mRNA vaccine technology which has been the basis for both company’s vaccines.

Contrary to Johnson’s comments, vaccine development has been inhibited by greed and self-interested market actors. In 2014 Professor Hill, the scientist in charge of Britain’s response to the Ebola outbreak publicly criticised the ‘market failure’ behind a lack of vaccines for epidemic diseases:

“Well who makes vaccines? Today commercial vaccine supply is monopolised by four or five mega-companies,” Professor Hill continued “The problem with that is, even if you got a way of making a vaccine, unless there’s a big market it’s not worth the while of the mega company… It’s a market failure.”

These words proved prescient. Back in 2016 researchers in Houston were trying to develop a vaccine against lethal strains of coronavirus, but were forced to discontinue said research due to lack of funding from pharmaceutical firms that considered the venture unprofitable.

Drugs that work too well

Indeed, despite the terror inspired by SARs and MERs outbreaks, the entire research budget for treating coronaviruses for 2016-2018 was $113 million, which is less than 1 per cent of what a single pharmaceutical firm earned from Viagra sales in 2016 alone.

Part of the reason that pharmaceutical corporations are typically wary of investing in drugs that prevent transmissible disease is that they work too well. The firm which holds the patent for a vaccine can only make a profit by selling one or two vaccines per patient. Conversely, a firm that holds a patent on a treatment for chronic or incurable disease will have bumper profits secured by the patients’ need for continuous medication.

The reason we were so unprepared for COVID-19 was because of greed. Rather than lionising greed and capitalism, our political elites should take note of the repeatedly demonstrated fact that cooperation and planning is our only hope for preventing future pandemics.