David Cameron being investigated for breaking lobbying law he introduced

The former PM sent a number of texts to Rishi Sunak asking for help for a controversial company that has since gone bust. 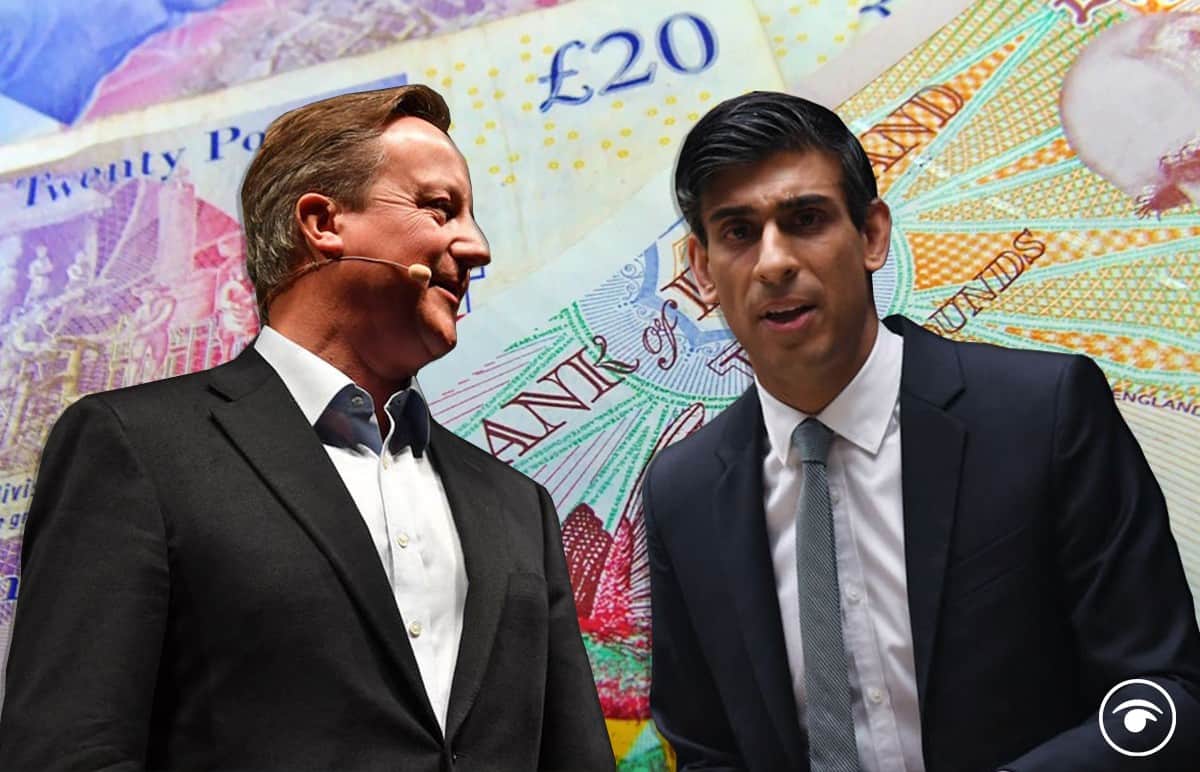 Former prime minister David Cameron is being investigated by the lobbying watchdog following claims he tried to persuade Government figures to grant loans to a financial firm he worked for.

He is also alleged to have approached the Bank of England about the firm, which collapsed into administration earlier this month.

His activities are now being investigated by Harry Rich, the Registrar of Consultant Lobbyists  – a post set up in legislation passed by Mr Cameron’s Government in 2014.

The Transparency of Lobbying, Non-Party Campaigning and Trade Union Administration Act 2014 makes it an offence for someone who is not a registered lobbyist to directly lobby ministers or senior civil servants.

But people lobbying on behalf of their own organisation are not required to register and it is understood that Mr Cameron was an employee at Greensill.

“The registrar will not comment on this further while the investigation is ongoing.

“Once it is complete, an investigation summary will be published on the Office of the Registrar of Consultant Lobbyists website.”

What a morally repugnant individual @David_Cameron is. pic.twitter.com/MMCXDdB33x

The Sunday Times reported that the former prime minister sent a number of texts to Rishi Sunak asking for help for Greensill.

The Times subsequently reported that he had directly lobbied the Bank of England.

On Wednesday, Boris Johnson was questioned about whether Mr Cameron had contacted advisers in No 10 about the firm.

Mr Johnson said: “That’s news to me. Any such contacts or whatever, of course, will be registered in the proper way.”

In response to questions from Darren Jones, Labour chairman of the Business Select Committee, Mr Johnson added: “On your point about contact between David Cameron, a former prime minister, and my office – or anybody in my office – I simply have no knowledge of that.”

Greensill was the main financial backer for Liberty Steel, which owns 12 plants in the UK and employs 5,000 people but now faces an uncertain future.

Mr Cameron’s office has not commented on the investigation.

David Cameron did not register as a lobbyist before lobbying the Govt to help the now bust Greensill Capital for whom he worked https://t.co/7yfkys2iNU he broke a law which he introduced and could be fined.

Related: Frontline NHS workers in Scotland to be offered at least 4% pay rise