“I have been informed of other women, two other women, who have attempted suicide over the last year after their flights were cancelled and so they were unable to travel to England for proper care." 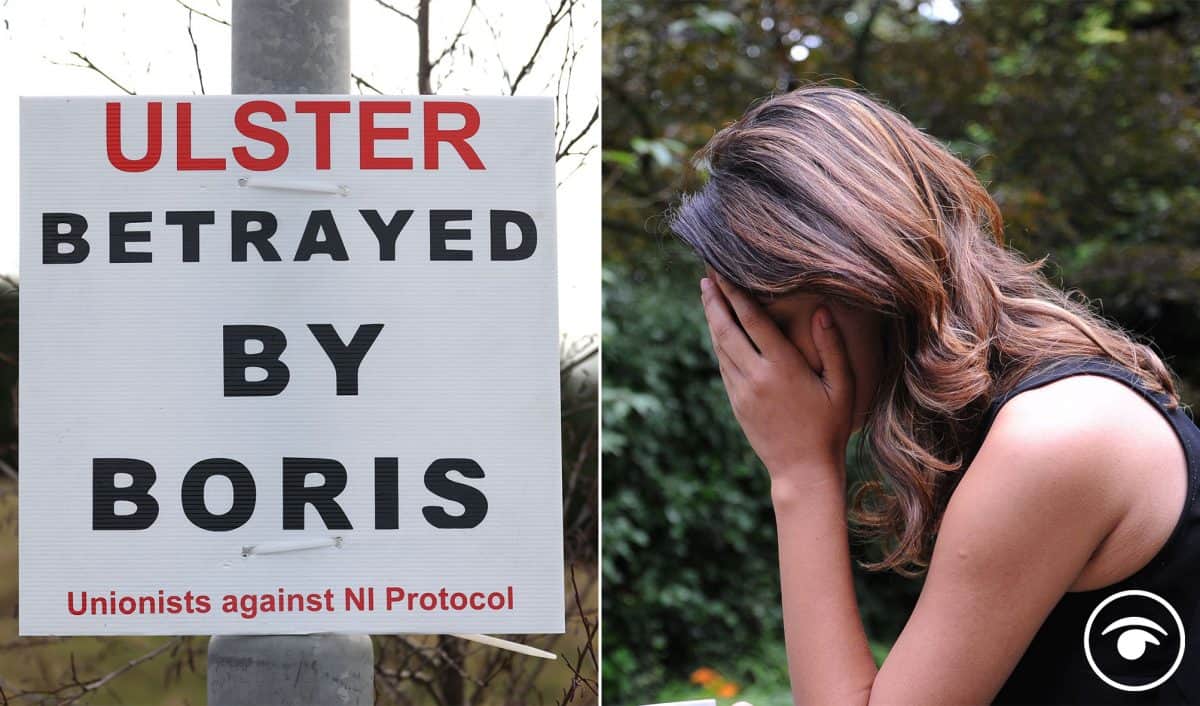 Conservative MPs have warned Brandon Lewis that his new powers to direct commissioning of central abortion services in Northern Ireland are “putting the Union at risk”.

Sir Edward Leigh (Gainsborough) said the move is “not democracy”, and fellow Conservative Scott Benton (Blackpool South) described the new regulations as “a democratic and constitutional assault on Northern Ireland”.

But Mr Lewis said it is unacceptable that women and girls in Northern Ireland cannot access abortion services even though the law changed more than a year ago, and added that the UK Government’s decision to step in was not taken lightly.

He told the Commons: “Surely the minister must know the imposition of this measure against the expressed democratic wishes of the people of Northern Ireland is not only unjust and unwelcome but rooted in an entirely invalid assertion?”

Mr Lewis replied: “I would just say to (Sir John) that this is a matter of domestic law, I’ve been clear about this, it’s about the legal obligation that’s been taken forward from this House in 2019.”

Sir Edward added: “The House, this House, took the excuse of the fact the Assembly was not sitting to impose its views on Northern Ireland.

“The fact of the matter is that Northern Ireland can run its own government as long as it keeps doing things that we don’t disagree with.

“It is simply not tenable to have a right on paper but not in practice and for different reproductive rights to exist across the UK.”

But the Northern Ireland Secretary justified the measures by telling MPs of two women who had attempted suicide after their flights from Northern Ireland to England for abortions were cancelled.

Mr Lewis told the Commons: “It is unacceptable that there are women and girls in parts of the United Kingdom that cannot access these fundamental rights as they can elsewhere in the UK.

“Even though the law was changed some 12 months ago, services have not been commissioned yet. And that leaves many women and girls in vulnerable positions.

“I’ve spoken to many women and healthcare professionals in Northern Ireland. Some of their experiences are truly harrowing.

“Too many women and girls are still having to travel to other parts of the United Kingdom, to mainland Great Britain, to access this care.

“One story was of a much-wanted pregnancy where sadly doctors informed the mother that the baby would not survive outside of the womb. This woman had to travel to London without her network of family support in order to access healthcare.

“She described to me a harrowing ordeal. Unable to travel back on a flight to her home because of complications and bleeding, stranded in London alone and grieving and in pain.

“I have been informed of other women, two other women, who have attempted suicide over the last year after their flights were cancelled and so they were unable to travel to England for proper care.

“The distress and unacceptable circumstances that women and girls continue to face, at a time when local access should be readily available given the law change over a year ago, I am afraid is unacceptable.”

A crowdfunding appeal has been launched for a legal challenge against the Northern Ireland Protocol.

DUP leader Arlene Foster and other unionists from across the UK are proposing judicial review proceedings unless alternative post-Brexit trade arrangements are put in place which secure their consent.

The protocol sees Northern Ireland follow a number of EU trade rules which has necessitated additional checks on goods arriving from Great Britain.

Unionists have criticised the disruption and dubbed the mechanism a border in the Irish Sea.

In a statement on Thursday, campaigners said legal proceedings to end the protocol have been commenced by a “wide coalition of pro-unionists”.

A full hearing at the High Court in Northern Ireland is expected in May.

Mrs Foster tweeted that the crowdfunding appeal is an opportunity for all who oppose the protocol to “play their part”.

“We cannot allow our United Kingdom to be ripped apart and our UK internal market to be divided in order to protect the single market of the EU,” she wrote.

“When I launched a petition calling for unfettered GB-NI trade, over 100k people joined with us in just over 24hrs, this is another opportunity for everyone who opposes the Protocol to play their part.

“We will work with other Unionists to send a united message to our Government and to free Northern Ireland from the Protocol.

“Whilst the courts is one front in this fight, the UK Government must use all powers at its disposal to immediately remove any barriers to unfettered trade within the United Kingdom.”