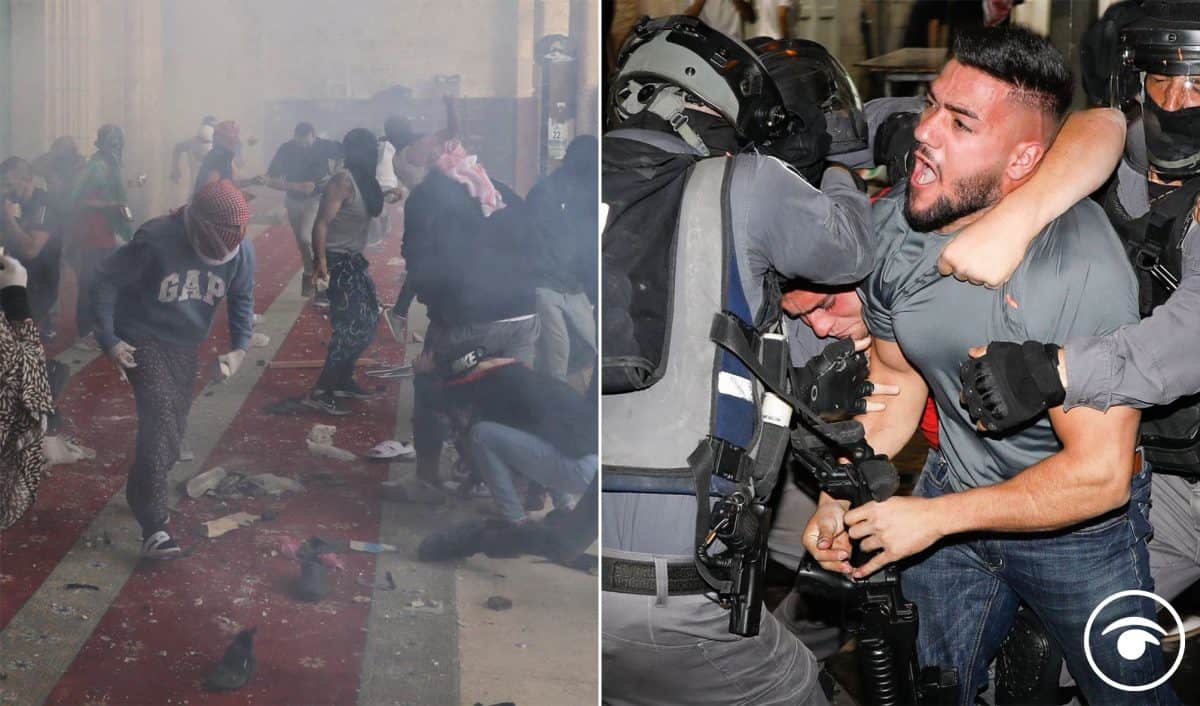 It is the latest in a series of confrontations that threatens to push the contested city towards wider conflict.

More than a dozen tear gas canisters and stun grenades landed in the Al-Aqsa Mosque, situated in a compound sacred to both Jews and Muslims, said an Associated Press (AP) photographer at the scene.