Liz Truss is allegedly considering Jacob Rees-Mogg as the UK's new levelling-up minister - and no-one can sum it up better than Andy Burnham. 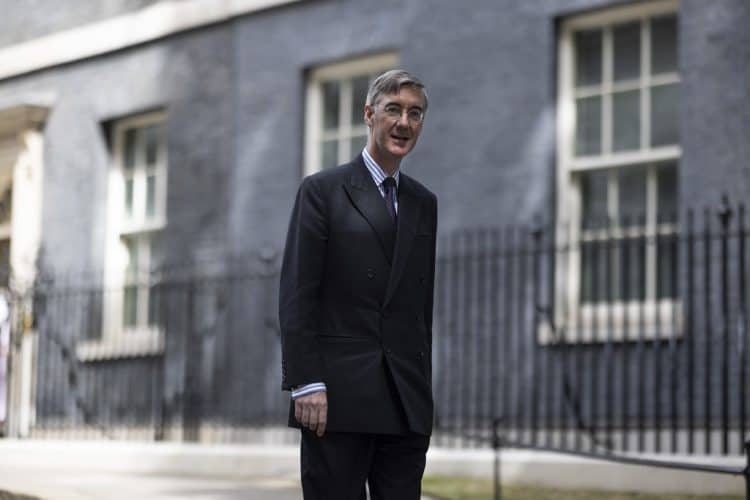 The Times has carried an article proposing the ‘new Cabinet’ Liz Truss will install, if she is elected Prime Minister. Sadly, however, they failed to put a trigger warning on the piece. There are some truly horrific selections, and Jacob Rees-Mogg’s potential role takes the biscuit.

Who will be in Liz Truss’ new Cabinet?

A YouGov poll with Sky News on Thursday revealed that Truss holds a 32-point lead over Rishi Sunak, matching a separate Conservative Home poll of Tory members on Wednesday. One pollster estimates she now has a ‘95% chance’ of becoming the UK’s new PM.

The new ‘inner-circle’ is a real who’s who of top Tories. Kwasi Kwarteng would allegedly assume the role of chancellor, with Suella Braverman brought in to become the next home secretary. James Cleverly is the proposed candidate to lead the Foreign Office.

Interestingly enough, Truss is also mulling Sunak as our next health secretary – but Nadhim Zahawi could make a comeback if her opponent in the race for 10 Downing Street decides against working in a new-look government.

A special role for Jacob Rees-Mogg? It’s not a parody, apparently

However, the biggest slice of pitch-black irony concerns Jacob Rees-Mogg. A man who is almost ‘too Tory to function’ is now being punted as the country’s levelling-up secretary. We’re tempted to say ‘let that sink in’, but there’ll never be enough time to digest this one.

Rees-Mogg does not cut a popular figure outside of the Conservative Party. So putting the fate of the north in his hands would be seen as an incredible mis-step by many. In all fairness, JRM has hardly set the world on fire in his current role as Minister for Brexit Opportunities.

Remind us how all that’s going again, would you?

We’d love to come up with something witty or snarky to describe this alleged ‘recipe for disaster’, but no-one has said it better than Andy Burnham. The Manchester Mayor, who is now copping flak from opposition leaders who see him as a threat, channelled his inner Morrissey.

Making an homage to one of the best songs produced by The Smiths, Burnham summed it right up: