Wild. Absolutely wild. A TalkTV caller proposed a shock solution to the migrant crisis - and host Mike Graham agreed with every word. 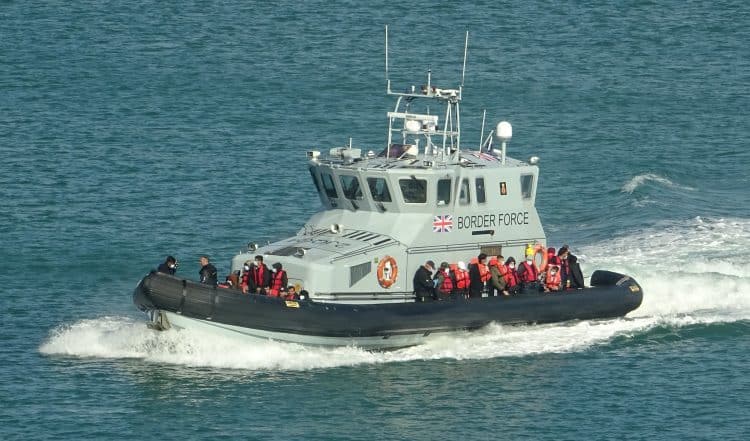 Is it us, or are there more reasons to lose faith in humanity with each passing day? This latest offering from TalkTV has dropped jaws across the country, after one caller came up with a rather unsympathetic way of deterring migrants from crossing the English Channel.

‘Sabotage the boats while they are at sea’, Mary from Kent says…

With it’s selection of shock-jocks and controversial hosts, TalkTV is following in the footsteps of GB News. Now home to the likes of Piers Morgan, Jeremy Kyle, and Julia Hartley-Brewer, the channel is looking to cement its place within the UK media landscape.

During its four-month existence, the broadcaster has experienced mixed reviews so far. But, as another self-proclaimed bastion for ‘free speech’, the need to stand-out from the crowd is a priority. That’s probably why they’ve also got Mike Graham on the books.

The divisive radio presenter is no shrinking violet, and he has brought his combative style to the TV airwaves. Indeed, he saw nothing wrong with Mary in Kent’s idea about sabotaging migrant boats. In fact, he spent more than a minute cheerleading her views.

Mary’s plan would involve, and we quote, ‘flying drones to fire darts at the boats’, so they sink in the sea. She then argues that migrants could not drown, because they are ‘all wearing lifejackets’.

“I can’t understand why we don’t concentrate on sabotaging the boats? A drone with a dart in it, one in there… they can’t really drown, they all have lifejackets on. Can you imagine how hard it is to get the boat launched? Just have a drone with a dart floating around above…” | Mary from Kent on TalkTV, 19 August 2022

TalkTV discusses migrant crisis – and it comes to this…

Sorry Mary, we’re going to have to send that one to VAR. And, with the check complete, we have to say that claim is a shocker. It’s believed that at least 150 people have died while crossing the English Channel in the last five years – and that’s without dart-firing drones on patrol.

You can watch the clip from TalkTV here: