"Just 25 years ago one in four British beaches were too dirty to swim in. Now 95 per cent of our beaches have a clean bill of health." 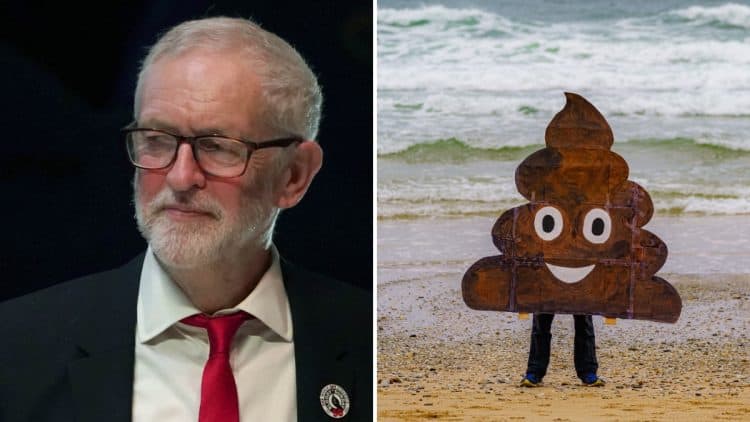 There are pollution warnings in place at more than 40 beaches and swimming spots in England and Wales after heavy rain overwhelmed the sewage system following months of little or no rain.

The south west and south coast of England were the worst affected, according to data gathered by environmental campaign group Surfers Against Sewage (SAS).

Swimmers are advised against bathing at seven beaches in Cornwall as a result of storm sewage overflows, with four in Devon and five in Dorset also polluted by the recent downpours.

Nine beaches in Sussex, three on the Isle of Wight and three in Essex were also hit by storm sewage.

Elsewhere, there were warnings in place at spots in Lincolnshire, Cumbria, Lancashire and South Wales, as well as two inland wild swimming spots near Bristol and near Minehead in Somerset.

On Tuesday, there was an alert at Spittal near Berwick in Northumberland, although this has since cleared.

There has been growing public outrage in recent years at the volume of raw or partially-treated sewage pumped into the UK’s rivers and coastal waters.

Hugo Tagholm, the chief executive of SAS, tweeted on Tuesday: “The shitstorm after the calm. Many south coast beaches off limits due to @SouthernWater sewage discharges.”

A speech made by Jeremy Corbyn ahead of the referendum in June 2016 has also been making the rounds on social media.

Speaking about the positive impact the UK’s membership of the European Union has had, the former Labour leader said:

“It was EU regulation that improved the UK’s beaches which, if you go back 30 or 40 years, were in a terrible state.

“Britain used to pump our untreated sewage straight into the sea. Just 25 years ago one in four British beaches were too dirty to swim in. Now 95 per cent of our beaches have a clean bill of health.”