Game, set, match: Grouse finally off the menu at the Ritz

The Ritz has quietly canned grouse from its menu - and environmental campaigners are delighted. 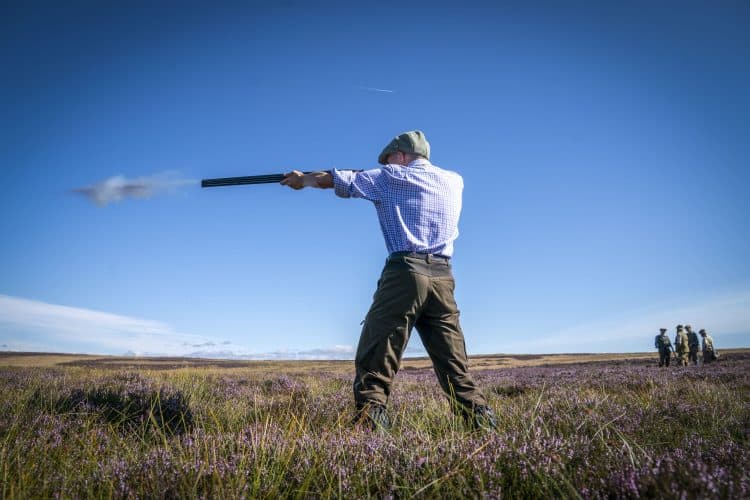 Fancy a spot of grouse in central London? Well, for the first time, you’ll have to look beyond the Ritz to source the rare British delicacy.

The world-famous hotels quietly canned the tiny game bird from its gilded dining room this year, amid prolonged outrage from environmental campaigners.

Speaking to The Guardian, Luke Steele – executive director of wildlife campaign group Wild Moors – celebrated the news: “Behind every shot grouse on a restaurant menu is a moorland where foxes, stoats and weasels have suffered in traps and snares, and carbon-rich peatlands has been set ablaze.

“In an age where protecting the environment is all the rage, it’s clear that there’s nothing less classy than supporting grouse shooting – and the cruelty and ecological damage which goes with it.”

Campaigners have long argued that grouse is bad for the environment, because to maintain the moors where the birds thrive, vegetation is often burned, damaging the carbon-rich peat it grows on and killing wildlife.

The Ritz usually supports the Glorious Twelfth – the day the grouse shooting season opens to much fanfare. Last year, it wrote on Instagram:  “Every year the Chef creates an exciting new dish, showcasing grouse, honouring the very best of British produce. On the menu this year, for a limited time only, will be Grouse, Celeriac, Juniper and Walnut.”

But no such dish has been created this year, and promotional material celebrating the Glorious Twelfth has been deleted from the Ritz’s Twitter account.

According to The Guardian, diners are being discreetly told that the bird is not being served due to supply issues – but that does not seem to be affecting other high-end London restaurants.

Chef Richard Corrigan told the paper: “We have some grouse on at the moment. I want to make sure our grouse comes from good places – we don’t take it from the more intensive shoots. I love the whole idea of country pursuits but I am much more aware these days of the cost of intensive grouse operations. I get mine from walked-up shoots, not driven. Large driven shoots – it doesn’t sit easy with me any more.

“We are doing a little grouse pie, which is two breasts of grouse. I put some duck liver in the middle and it’s wrapped in pastry. You’d chop someone’s hand off if anyone touched it. It is a dish built for pure gluttony.”

And the shooting community celebrated a strong year of demand for the bird.

Adrian Blackmore, director of shooting at the Countryside Alliance, said: “Sadly, because of insufficient stocks, some moors aren’t shooting, mainly in the Peak District and on the western fringes of the North Pennines and Yorkshire Dales, but many other moors in other areas are seeing very healthy stocks of grouse, with some good bags being recorded, especially now the weather has become cooler.

“This is clearly really good news for many communities in our uplands for whom grouse shooting is so important economically, environmentally and socially. Grouse is the ‘king of game birds’, and is in high demand every season. While this year has been much better for grouse numbers than recent years, restaurants will still only be able to purchase a sustainable number of birds shot throughout the season, as is the case every year.”

But the RSPB’s Duncan Orr-Ewing said: “We take no issue with shooting of red grouse, provided it is carried out legally and sustainably. However, the most intensive form of ‘driven’ grouse shooting, which involves shooting large numbers of grouse by sporting clients, can be associated with illegal killing of birds of prey and burning on deep peatland soils, which damages vital carbon stores, as well as use of lead ammunition toxic to wildlife and humans.

“We encourage all restaurants that serve red grouse to check that the birds are supplied from environmentally reputable sources.”