Watch: Mordaunt called out over comments about Turkey joining EU

"Alice in Wonderland. We’re in for even more serious trouble if this woman becomes PM. Cynical beyond belief. " 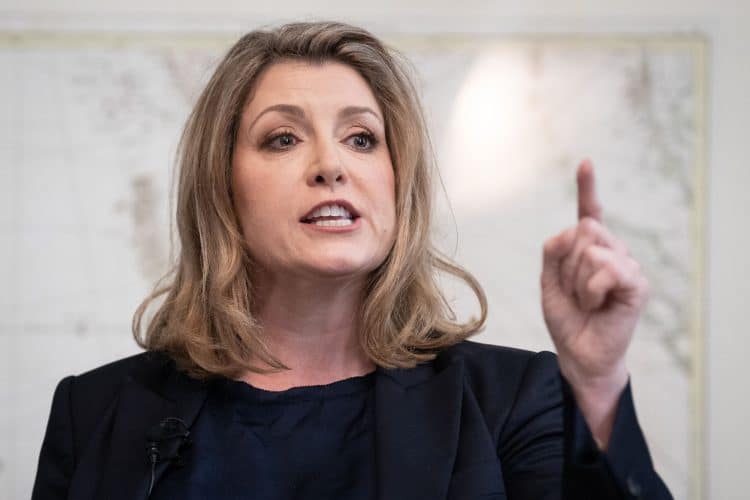 But it is her previous comments over Turkey joining the EU that have also been called out.

She made the comments during the 2016 Brexit referendum.

A letter in the Guardian has questioned her comments about Turkey.

Readers should recall that the Tory leadership candidate Penny Mordaunt is best known for persistently purveying falsehoods during the 2016 EU referendum campaign. During a TV interview with Andrew Marr, playing on fears of mass immigration, she claimed that Britain would not be able to stop Turkey joining the EU.

As a former EU ambassador to Turkey, I can confirm that Turkey was not and is not in line for EU membership. Its membership of the EU customs union does not grant it free movement of people. Britain always had a veto over any aspiring member, and if Mordaunt had previously had any credibility, her infamous dishonesty about Turkey destroyed it. I thought part of the reason for ditching Boris Johnson was his habit of lying.
Michael Lake
EU official and diplomat, 1973-2001

Now, this morning she was called out on the BBC about the same subject.

Presenter Sophie Raworth told the leadership hopeful that: “The actual fact is, the UK had a veto.”

She was shown a clip of Andrew Marr discussing the matter in 2016.

After being caught out by Rawworth she decided to say: “This is why people were so fed up with being in the EU”

Related: Another country decides to set EU bid in motion and neighbouring nation could follow