"This is actually the first report on UK TV I've actually seen which calls a spade a spade and calls out the "economic damage of Brexit - not Covid." 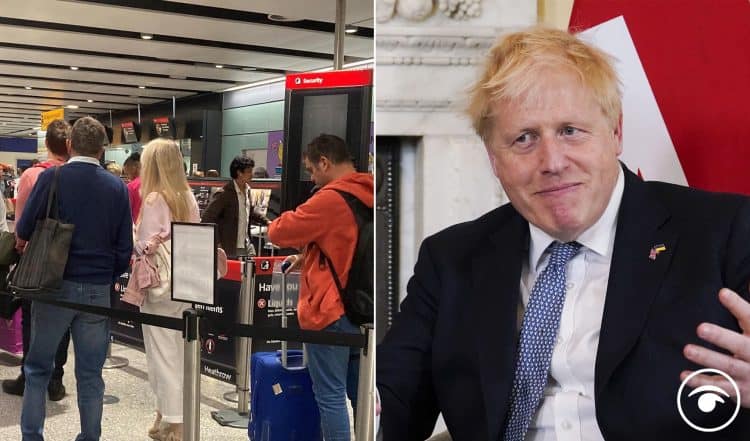 Last week a Tory former minister came under fire for suggesting the UK should rejoin the EU single market to ease the cost-of-living crisis.

Tobias Ellwood, MP for Bournemouth East, argued there is an “appetite” to make “course corrections” to the current model, claiming recent polling suggests “this is not the Brexit most people imagined”.

The chairman of the Commons Defence Committee said “more radical thinking is required if we are to energise our economy through these stormy waters”.

“If an Army general, mid-battle, is mature enough to finesse his strategy to secure mission success, then Government should do the same,” he added.

He said Brexit in its current form had sparked a number of challenges, including shrinking exports to Europe and issues with the Northern Ireland Protocol, and that these and other problems would “disappear” if the UK chose to rejoin the single market.

Now ITV news reported on the slowing economy and said Brexit was a major factor, and that other countries had bounced back from Covid unlike the UK.

Brexit has cost the UK economy billions of pounds in lost trade and tax revenues ITV reports, according to research by the Centre for European Reform. It estimates the economy is 5% smaller than if the UK had stayed in the EU

In response, Alex Talyor tweeted the clip and wrote: “This is actually the first report on UK TV I’ve actually seen which calls a spade a spade and calls out the “economic damage Brexit – not Covid – has caused and which is becoming harder and harder to ignore”

Related: Tory MP asks anti-Brexit protestor: ‘Why haven’t you been sectioned yet?’