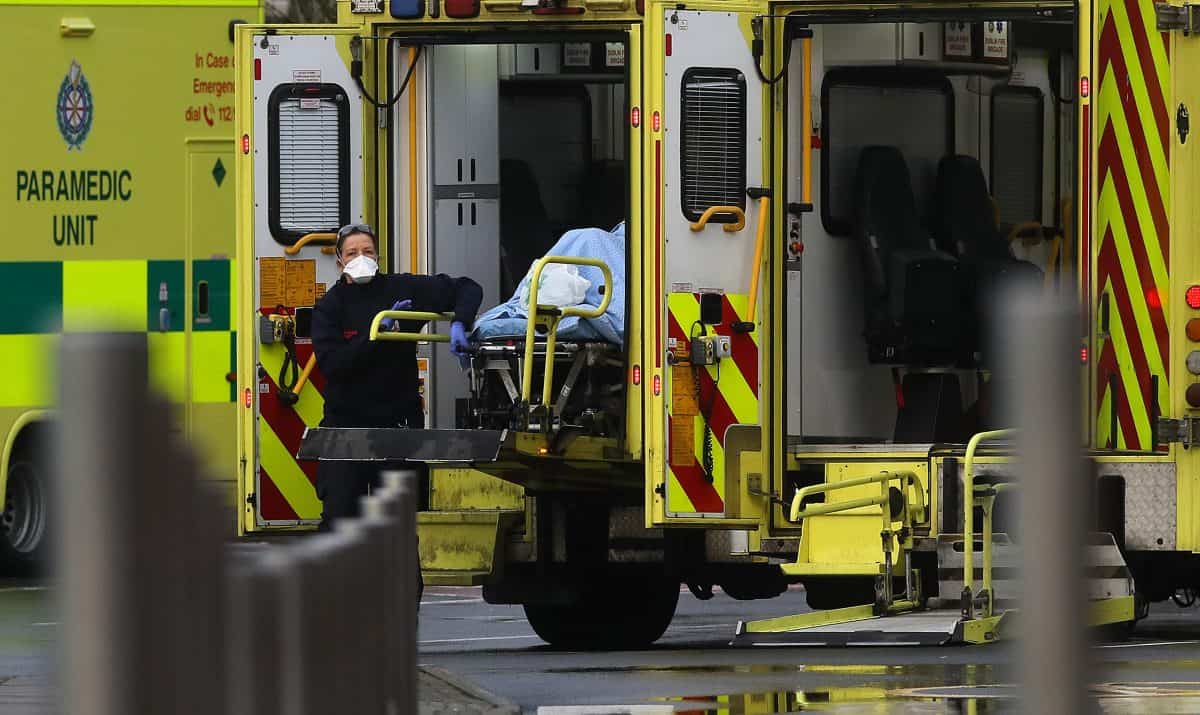 Paramedics and ambulances at the Mater Hospital in Dublin as the head of the Health Service Executive Paul Reid has said the number of people in hospital with Covid-19 has surpassed the peak of the first wave.

Excess deaths in the UK have risen to their highest level since World War Two because of the coronavirus pandemic.

There were nearly 697,000 deaths in the UK in 2020 – almost 91,000 more than expected, based on the average in the previous five years. This marks an increase of 15 per cent – rendering it the largest spike in excess deaths for more than 75 years.

Adjusting for the age, size and growth of the population using a measure known as age-standardised mortality, 2020 witnessed the worst death rates since the mid-2000s.

The picture is likely to worsen, given the surge in Covid-19 infections in the UK over recent weeks.

Richard Murray, chief executive of The King’s Fund, said: “The UK has one of the highest rates of excess deaths in the world, with more excess deaths per million people than most other European countries or the US.

“It will take a public inquiry to determine exactly what went wrong, but mistakes have been made. In a pandemic, mistakes cost lives. Decisions to enter lockdown have consistently come late, with the government failing to learn from past mistakes or the experiences of other countries.

“The promised “protective ring” around social care in the first wave was slow to materialise and often inadequate, a contributing factor to the excess deaths among care home residents last year.

“Like many countries, the UK was poorly prepared for this type of pandemic.”

Meanwhile almost half of the hospital deaths in England and Wales registered during the last week of 2020 involved coronavirus, new figures revealed.

There were 3,144 deaths registered in the week ending January 1 which mentioned Covid-19 on the death certificate, the Office for National Statistics said.

Of the 4,956 deaths registered which occurred in hospitals, 47.7 per cent involved coronavirus, up from 40.2 per cent the previous week.