Asked if he thought PM had broken the rule on exercising within your local area, Kit Malthouse said: "Well, it depends where you are. Seven miles will be local in different areas." 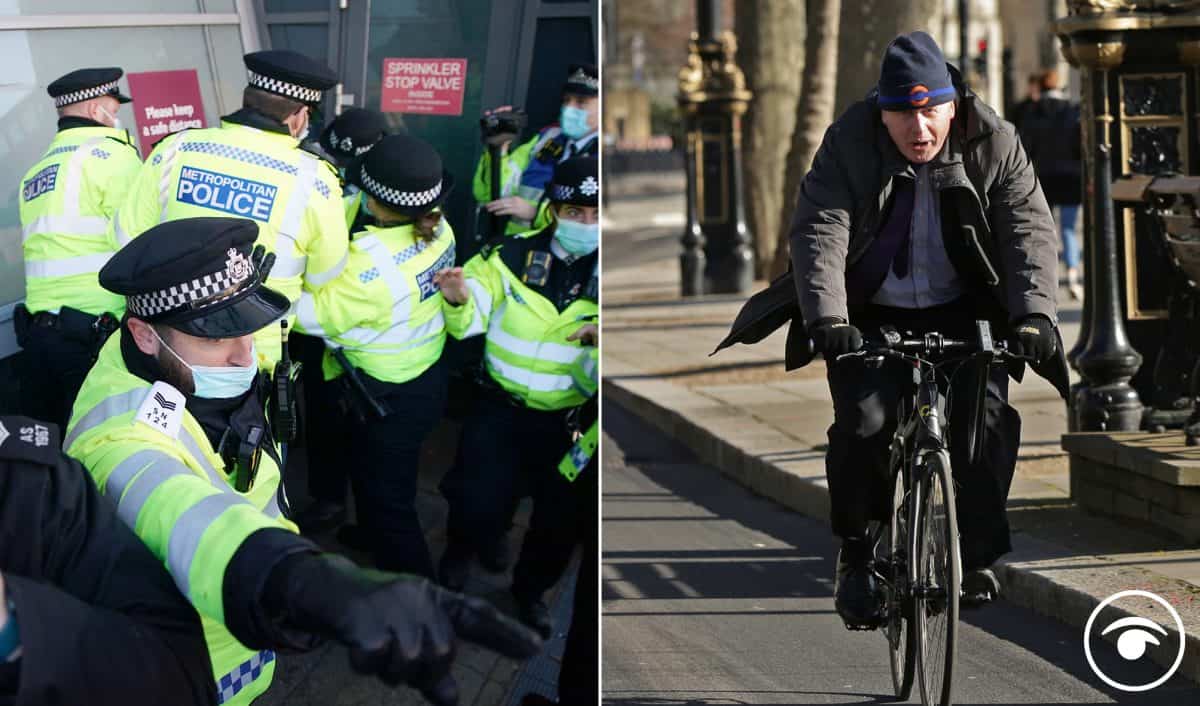 Police will move “swiftly” to fine people who blatantly ignore coronavirus lockdown rules, Britain’s most senior officer has warned, but claims the PM’s controversial bike ride did not break the law.

Her comments come as the Prime Minister sparked controversy after it emerged he went on a cycle ride in the Olympic Park in Stratford at the weekend after imposing strict coronavirus restrictions on most of the country.

Labour accused Mr Johnson of hypocrisy over the incident.

Official regulations brought in by the Prime Minister say that exercise is limited to once a day and you should not leave your local area, in a bid to halt the surge in coronavirus cases.

Asked if the thought the prime minister had broken the rule on exercising within your local area, Malthouse said: “Well, it depends where you are. Seven miles will be local in different areas.

“I think the key thing is that when people do go out, they maintain that social distancing, they go out for the purpose of exercise, or to get food, rather than trying to stretch the rules.”

Asked about Mr Johnson’s bike ride, Dame Cressida Dick told the BBC she would not comment on individual cases, adding: “The public are looking to all of us as role models, for all of us in public life, if you like.

“What I can say is that it is not against the law. I think that’s implicit.”

Asked how she interpreted the term “local” regarding exercise, Dame Cressida added: “For me, a reasonable interpretation of that is that if you can… go for your exercise from your front door and come back to your front door.

“That’s my view of local.

“It is complicated. I understand that.”

Asked if Covid guidance should be made clearer, the Metropolitan Police chief said: “Anything that brings greater clarity for officers and the public in general will be a good thing.”

Kit Malthouse said the Government was closely monitoring the numbers of cases before deciding whether further measures were needed for England.

“We are at a very, very perilous stage in the progress of this virus through our country,” he told Sky News.

“Whether there are going to be greater restrictions or not very much depends on the numbers. We are tracking the infection rate.

“We are all, frankly, on tenterhooks to see how the impact of the restrictions that came in on Boxing Day will impact on numbers, particularly in London and the South East.”

Amid concern that activity levels were higher than during the first lockdown in April, Mr Malthouse said officers would be adopting a new “high-profile” approach to enforcing the rules.

He said that it could include stopping people to ask what they were doing outside their homes – in what he described as a “significant change” in the British policing model.

“It’s certainly the case that the police are going to be very high profile,” he told Times Radio.

“It’s certainly part of police’s job to stop people and enquire as to the reasons why they’re outside their house.

“It is a very significant change and it’s a challenge for British policing that relies on a model of consent.”

Dame Cressida said while the “vast majority” of the public were complying with the rules, her force had had to break up protests and house parties held in clear violation of the regulations.

She said her officers would also be prepared to assist supermarket staff if customers became “obstructive and aggressive” when they were told they must wear a face covering.

Her warning came as Morrisons said customers who refused to wear a mask without a medical exemption will be told to leave its stores, while Sainsbury’s said its security staff would “challenge” shoppers who were not wearing masks or entering stores in groups.

Her warning came after Health Secretary Matt Hancock said on Monday that the NHS was under “very significant pressure” and that the public should reduce all social contact that was “not absolutely strictly necessary” in a bid to cut cases.

The latest NHS England data showed there were 32,070 Covid-19 patients in English hospitals as of 8am on Monday.

The figure is up 20% compared with last week, and up 81% since Christmas Day.

A further 529 people died within 28 days of testing positive for coronavirus as of Monday, taking the UK total to 81,960 – though separate figures show there have now been 97,000 deaths involving Covid-19 in the UK.