The Duke and Duchess of Sussex have been accused of wanting to have their cake and eat it, on an ‘extraordinary day’ for the monarchy. 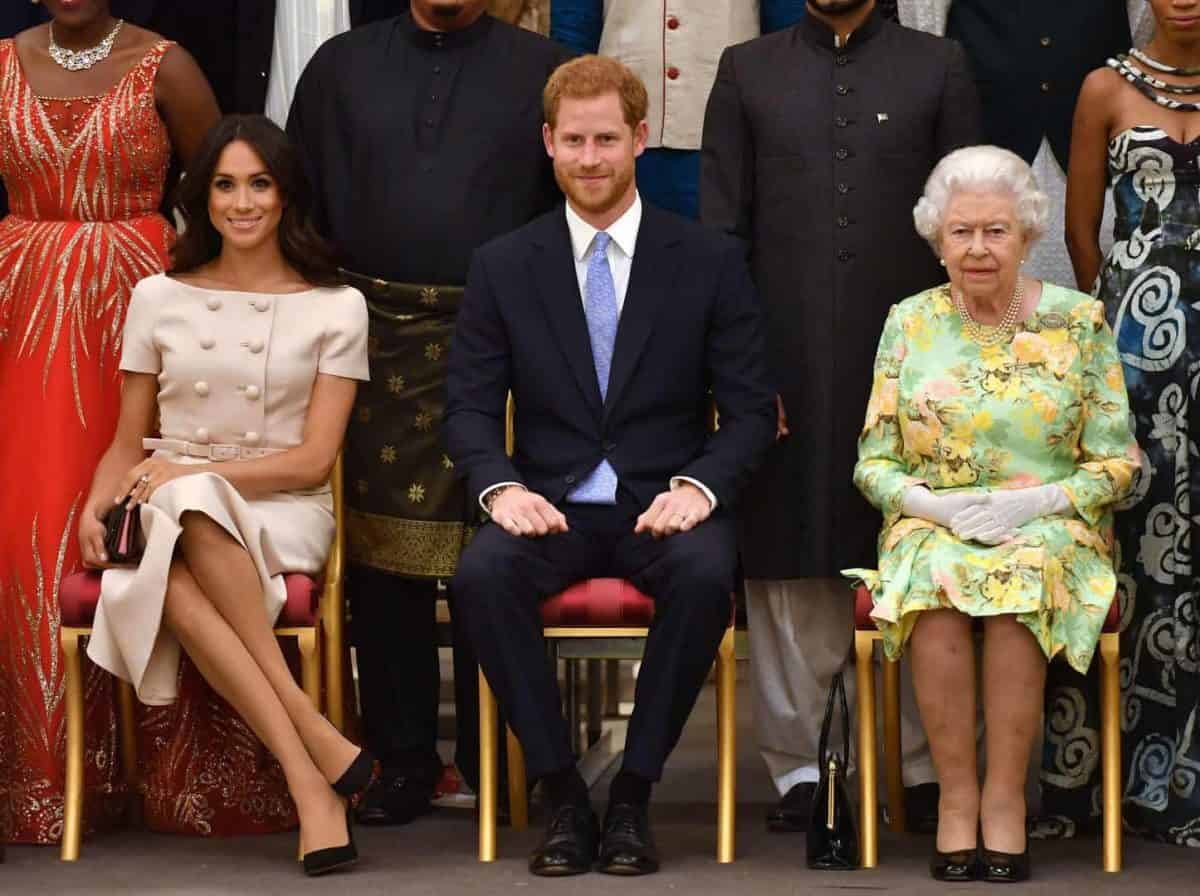 Prince Harry and Meghan appear to be doing what we have all wished we could do at one point or another – resign from our family. And they appear to have given their family no real warning of their statement that they will be reducing their role significantly.

The announcement has gone down about as well as resigning from a mafia family. Especially in the UK press which launched a full assault on Thursday morning. 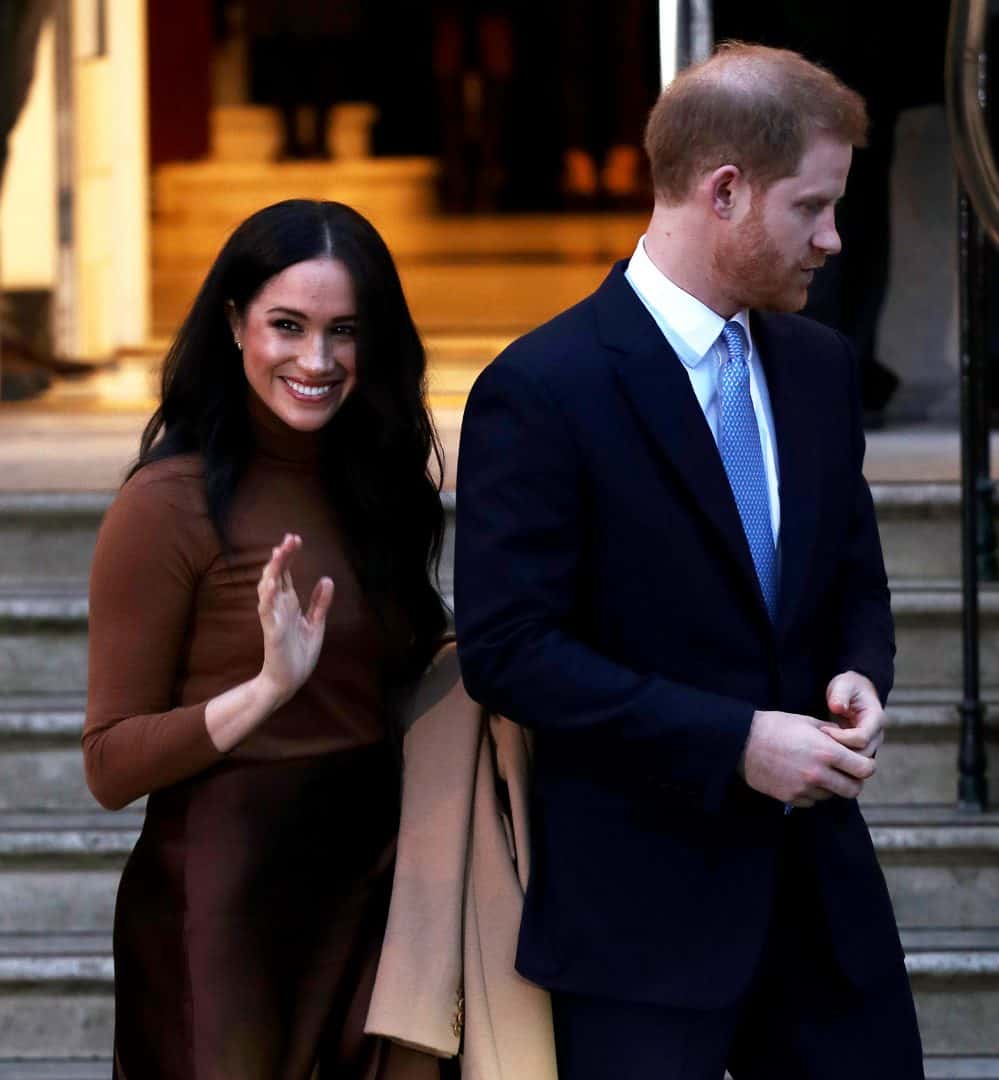 Several national newspapers launched blistering attacks on the Duke and Duchess of Sussex after their decision to step away from royal life, saying they have shown no understanding of what their roles entail, and have been disrespectful to the Queen.

The very same papers that hounded Harry’s mother to death when he was at a formative age, attacked him for perhaps wanting to protect his wife from similar intrusion.

With World War III averted for now, the crisis in the Persian Gulf has been well and truly knocked off the front pages by the crisis in the royal family, in the Duke and Duchess of Sussex’s decision to step back from being senior royals.

The Sun captured the moment with a headline that appeared to blame Meghan Markle, calling the couple’s decision “Megxit”.

The i, by contrast, has a front page headline saying only “Prince quits”, and barely mentions Meghan.

No one paper emerged as sympathetic to Harry and Meghan, although some were reserved in their assessments, arguing that the desire for less scrutiny by splitting their time between both sides of the Atlantic might have been understandable, especially since the birth of son Archie.

But others were far more scathing.

The Daily Mirror, one of three papers facing lawsuits from the couple, fumed in its coverage about “an extraordinary day in the history of the royal family”. One comment piece in particular pulled no punches.

“Harry has selfishly turned his back on the institution she (the Queen) has fought to modernise and secure for him and his children,” Rachael Bletchly wrote.

“And he didn’t even have the guts or decency to tell her, or his own father, of the bombshell he was about to drop in their laps.”

“Well, good riddance,” Bletchly added. “I for one have had a bellyful of Harry’s eco-warrior hypocrisy.

“The tragedy is he was once the most loved of the modern royals – from the moment he walked behind his mother’s coffin our hearts ached for him. Then he met Meghan. But boy, she changed our Harry.”

The Mirror’s main editorial was more tempered, but did round on the couple for not first informing the Queen or other family members.

“It shows shocking disregard for a woman whose entire life has been ruled by a sense of public duty and honour,” the editorial said. “This is also enormously hurtful to Harry’s father and brother, our future kings.”

The Daily Mail – whose sister publication, the Mail on Sunday, is also being sued by the couple – devoted its first 17 pages to the “astonishing statement” by the “rogue royals”.

The Daily Mail focused on the Queen’s “fury” over Harry and Meghan saying “We quit”.

Veteran columnist AN Wilson termed their exclusion of the Queen “an atrocious lapse of judgment”, although he added that the “abdication” would strengthen the institution of the monarchy.

“The truth is that this charming, intelligent, beautiful woman hadn’t a clue what the monarchy really is, or what role minor members of the royal family have to play in public life,” Wilson wrote of Meghan.

“For his part, Harry perhaps didn’t fully understand his own role as a younger son. Both seemed oblivious to the fact that the British monarchy is a delicate constitutional miracle, not a vehicle for its members to press home their views on the subjects that interest them, however noble.”

He said the couple would now be free of “the awkward sense that you have no clear role to play in British public life”.

Mail columnist Sarah Vine said the couple have “hardly had a chance to understand what the job really entails before handing in their resignation”.

“It’s almost as though they never really had any intention of trying to stick it out at all, as though right from the start the notion was always there in the back of their minds that if life as duke and duchess didn’t live up to expectation, they would simply leave,” she wrote.

In its main editorial, the Mail said Harry had pressed the “nuclear button” on his royal career, delivering a hammer blow to the Queen, his family, and the monarchy, and tossing years of goodwill built up since the death of his mother Diana “into the hazard”.

“To them, it is ‘an exciting next step’. To most of us, it sounds like having your cake and eating it. They want the status of being ‘senior’ royals but the privacy and freedom of being private citizens,” the editorial said.

The Daily Express was relatively placid in its editorial, apart from highlighting the lack of family consultation.

Columnist Margaret Holder, however, said the couple have “consistently failed to understand that a tax-paying public expects the royal family to be relevant, relatable and value for money”.

“In trying to hide the place of Archie’s birth and refusing to name his godparents they pushed aside the public in a way not done by any other royals,” Holder wrote.

The Daily Express calls it a “Royal family bombshell”, while The Daily Telegraph reports that “Harry and Meghan quit the firm”.

The Times’ editorial said the announcement carried all the signs of the “petulance and hot-headedness for which Prince Harry is sadly becoming well-known”.

“This latest outburst appears to have been triggered in part by anger at recent images released by the Palace that signalled a shift to a more slimmed down monarchy,” it said.

“This included a photo of the Queen with Princes Charles, William and George. Yet, given Prince Harry’s own publicly aired frustrations with royal life, he can hardly be surprised at his exclusion.”

The decision is another sign of a split in the royal family, according to the paper.

The Guardian also lead on the royal couple, giving some prominence to their complaints of media bullying and smears.

And the Daily Star lead with a story on pond scum.