People are sharing DIY posters telling heartbreaking stories about the impact of austerity. It's sparked others to share their own stories... 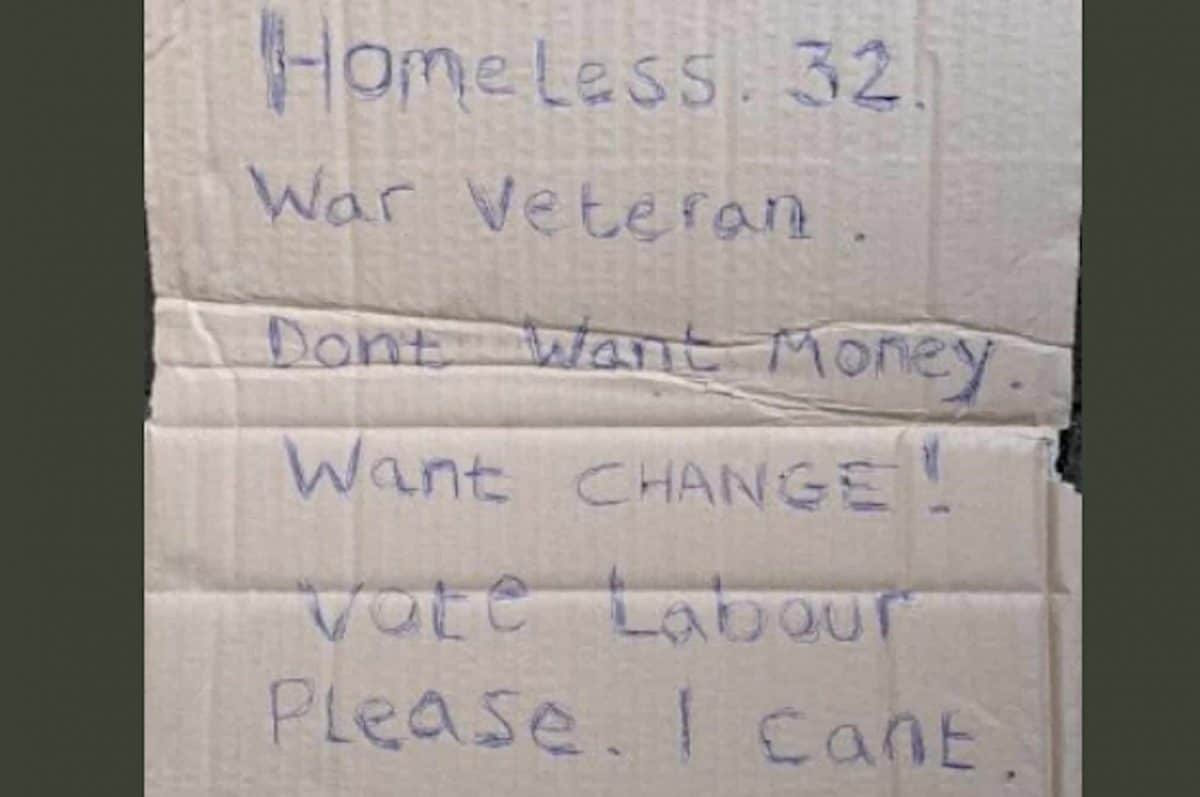 A note posted in a bus stop with a personal tale of suffering under Conservative austerity has gone viral after being shared on social media yesterday.

The note, which takes aim at the Tories’ welfare reforms and cuts, paints a bleak picture of the struggles many people go through to get by today, and it urges people to register and vote.

“Had my benefits taken away. Work two jobs now and I still barely make the rent every month.

“Always worried I’ll lose work if I have to take time off to care for sick family members.

“Don’t know how much more of this I can take.

“We have to get the Tories out.

“Register to vote and vote Labour. Tell everyone. Please.”

Now the letter has sparked others to share their own stories around the UK, with people posting heartbreaking stories about the impact of austerity.

The person who found the first note was inspired to write their own, talking of an eight month waiting list for mental health support, and colleagues caught in the poverty trap of failed welfare policies “in tears”, losing child benefits, while “others are homeless or in B&Bs.”

People have followed suit all over the country, posting moving notes on bus stops and on social media, telling stories of the legacy of a decade of devastating austerity policies with the hashtag #ToryStory, and a call for people to register to vote and vote Labour.

This heartbreaking tale of just how easy it is now to lose one’s home was posted by someone who says they were “made redundant three months after recovering from testicular cancer.” They claimed benefits but “fell foul of the sanctions system”, with “no income for 7 months.” The writer of the note is desperate after becoming homeless.

This letter tells of having to “go to food banks for the first time in my life.”

This note from an NHS GP writes about “a decimated NHS” warning “we won’t survive 5 more years of this” and urges people to “vote Labour for the NHS.” It with one of many about the NHS and growing waiting lists.

This devastating note from a homeless veteran pleads: “Vote Labour please. I can’t.”

This note says the writer’s 5 year old son’s school “has no money for new books due to Tory cuts.”

This note was left in a bus stop in Brighton:

Many of the notes make heartbreaking reading.

The viral trend comes as new research shows more people than ever are suffering from in-work poverty.

A fresh report from KPMG found that around a fifth of UK jobs pay below the voluntary ‘real’ living wage of £9-an-hour, down from 22 per cent in 2018.

That amounts to a fall of 560,000 workers, meaning there is still an estimated 5.19 million people paid less than the voluntary figure.

Last month Labour leader Jeremy Corbyn said he would scrap the ‘unmitigated disaster’ of Universal Credit and replace the Tories’ flagship welfare reforms with a social security system to support jobseekers with “dignity and respect”.

He told a crowd of supporters that the welfare state had been “sliced apart, cut apart and destroyed”.

Mr Corbyn also claimed that Universal Credit had led to an “explosion in food banks, rough sleeping and terrible levels of debt”.