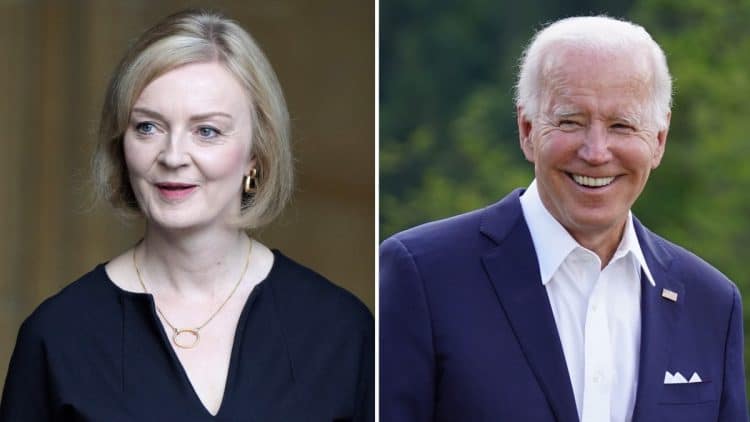 A Telegraph article suggesting a free trade deal between the US and the UK could be in place “before Brexit happens” has come back to haunt them after Joe Biden dampened hopes of any deal being struck – two years after the split happened.

Writing in the paper in 2017, Dr Andrew Lilico, the executive director and principal of Europe Economics, said a deal between the US and the UK would be in place “no matter what the EU thinks of it”.

He also suggested a deal with Australia could be complete within months of Brexit, arguing that the UK should “no longer tolerate” being told by the EU who it can strike up deals with.

But five years later and it seems it is not the European Union standing in the way of the UK making headway with free trade arrangements.

Today, Liz Truss downplayed expectations that a free trade deal with the US might be in the offing ahead of her first bilateral meeting with Joe Biden.

Instead, the new prime minister said her priorities would be joining the trans-Pacific trading partnership of 11 countries, including Australia, Canada and Singapore, as well as striking deals with the Gulf States and India.

Related: ‘Big Short’ investor has found his next target