Celebrities including Susanna Reid and David Beckham also joined the lengthy queue that trailed across London. 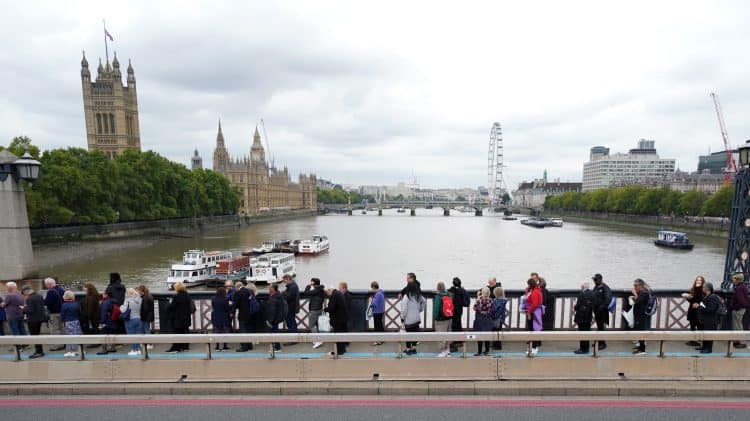 The anger at Holly Willoughby and Phillip Schofield reportedly jumping the queue to see the Queen lying in state shows no sign of calming down.

Following the death of the Queen, mourners lined the streets in their thousands to pay their respects at London’s Westminster Hall before her funeral on Monday September 19.

Celebrities including Susanna Reid and David Beckham also joined the lengthy queue that trailed across London.

ITV’s This Morning shared a statement on their Instagram page trying to explain their actions.

‘Hello everyone, we would like to clarify something’, they began.

‘We asked Phillip and Holly to be part of a film for this Tuesday’s programme.

‘They did not jump the queue, have VIP access or file past the Queen lying in state – but instead were there in a professional capacity as part of the world’s media to report on the event’.

However, now a petition on Change.org called for the show to be cancelled and branded it ‘damaging.’

So far, the petition has garnered 14,578 signatures, with organisers hoping to reach the 15,000 mark.