"Tell me again how we can't afford to give nurses a proper pay rise?' 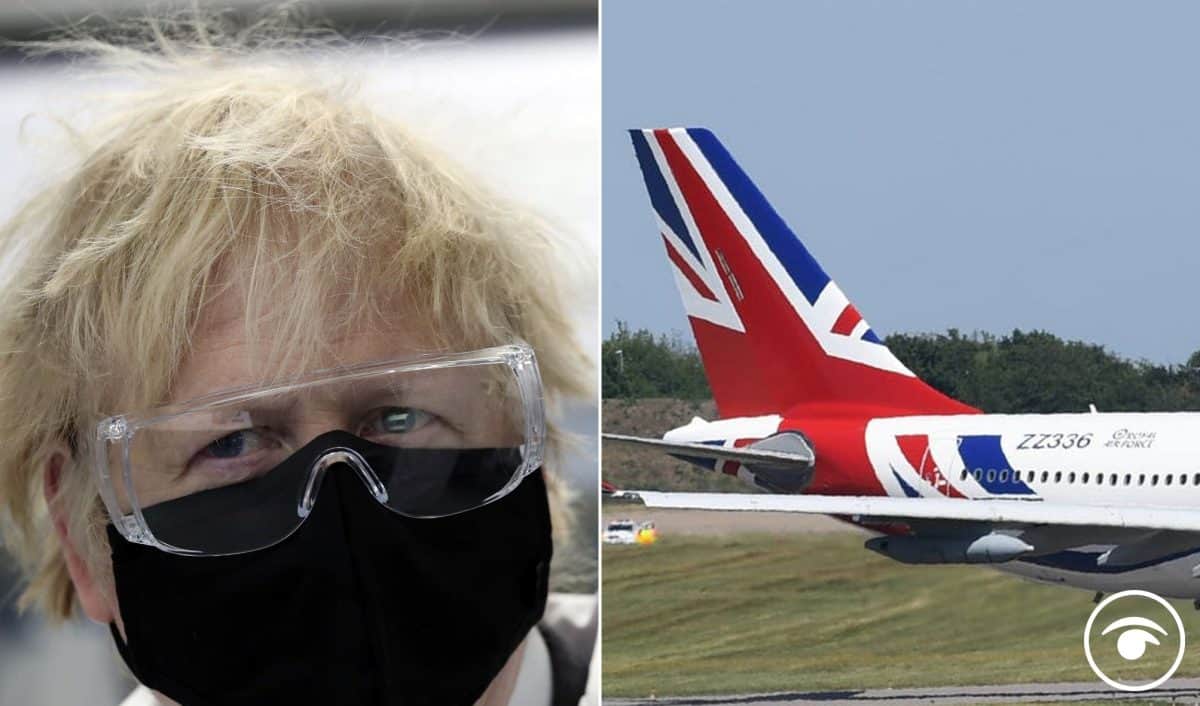 The government has acquired a second plane painted in the colours of the Union flag to ferry the prime minister and other dignitaries around on short-haul trips, which has been dubbed the ‘Brexit jet.’

You can make your own mind up if you think this is a necessary expense are we are about to likely sink into the worst recession anyone has lived through.

The six-month-old Airbus A321 was captured at Stansted Airport at the weekend with the new red, white and blue paintwork, The Independent reported.

Downing Street came under fire last year when it emerged Johson’s primary plane, the RAF Voyager, has been repainted with the Union flag at a cost to taxpayers of £900,000.

A government spokesperson insisted the second aircraft, which it said had been repainted with a “Global Britain livery”, represents “value for money”.

Why does he need two planes?

However, Labour’s Clive Lewis said: “Why does he need two planes?”

He continued: “This is all about ‘Global Britain’, it is about the projection of influence and power, and there are better ways to show leadership in the world than having a carbon footprint the size of a Yeti.

“All of us need to change how we live and how we operate, and why not show leadership from the top. Clearly the prime minister has to fly, but he should lead by example and use existing airlines.”

Stewart Hosie, the SNP’s shadow cabinet office minister, said: “It is staggering that Boris Johnson is wasting more public money on yet another Tory red, white and blue vanity project.”

Here are some of the responses from the social media.

It’s an Airbus not a Boeing but you get his point.

I’m old enough to remember when John Prescott was pilloried for having access to two Jaguars. Now Boris Johnson is getting a second liveried Boeing jet