James Wild gave strong 'Gareth from The Office vibes' as he quizzed the BBC’s director-general on why there is no union jacks in its annual report. 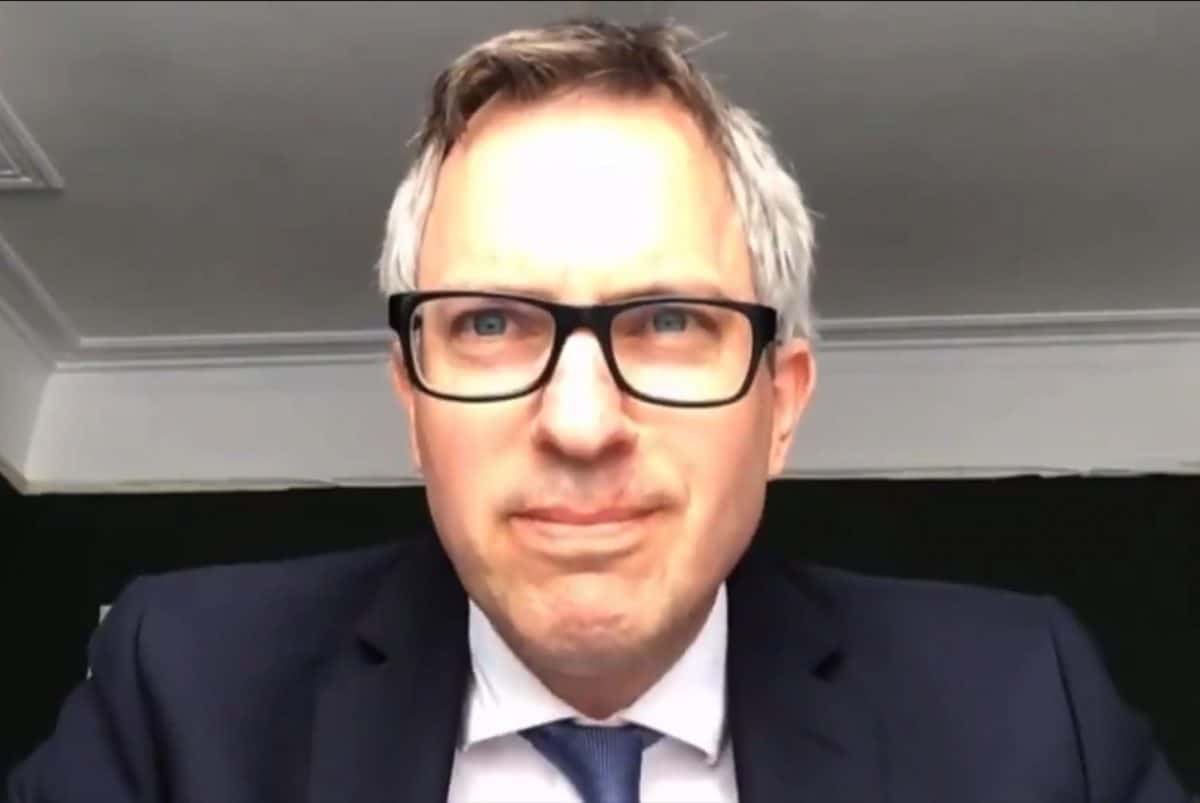 A video of Conservative MP James Wild protesting over the lack of union jack flags in the BBC’s annual report has been making the rounds on social media, with Hugo Rifkind saying he got “strong Gareth from The Office vibes” from the clip.

Tim Davie, the broadcasting corportation’s director-general, was taken to task by Wild, the MP for North West Norfolk, who said his constituents would “expect to see more than one flag” in the 268-page report.

Davie said the lack of a flag in a report was “a strange metric” by which to measure patriotism within the corporation, and pointed out that a union jack flew over Broadcasting House in central London.

But that didn’t seem to appease the Tory politician, who asked: “In your own report last year of 268 pages, do you know how many union flags were pictured in any of the graphics?”

The clip has been widely shared on social media, with Politics.co.uk editor Ian Dunt saying the “idiocy is beyond scientific understanding” now.

Comedian Marcus Brigstocke called it “infantile and genuinely worrying”, while Rifkind compared it to a clip from The Office.

This from @jamesowild is infantile and genuinely worrying.
Enough people voted for this smirking incurious dolt for him to win a seat in parliament!
This is pathetic. Truly pathetic. https://t.co/1htF1VfWxm