"He simply wasn't listening at all, kept interrupting to say what he wanted, thus not listening. Typical', said one person in response. 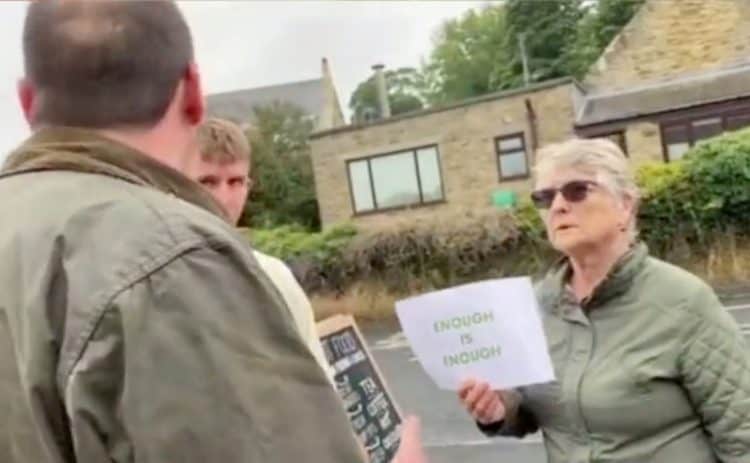 A protestor was told she was trying to make a political statement by an MP as he was confronted in the street.

The woman was holding a poster for the Enough is Enough campaign.

The group says it is “determined to push back against the misery forced on millions by rising bills, low wages, food poverty, shoddy housing – and a society run only for a wealthy elite.”

Durham MP Richard Holden told the women the group was trying to make a political statement.

She said: “Starving people is a political statement.

“I’d like to hear you say you are committed, to urging your government to impose freeze on energy bills.

She also told the MP: “I know the prospective premier, Liz Truss, has talked about 5 per cent cut to VAT is as much use as a chocolate teapot.”

It comes Holden has been accused of being a “liar” after he said he stopped claiming expenses for his energy bills in February 2020, when he actually last claimed in May 2021, reports the Northern Echo.

A spokesperson for Richard Holden MP said: “All of Richard Holden’s costs for his staff, running his Parliamentary offices, and associated costs are transparently and fully declared and published online.

A lot of people showed support for the woman trying to make a point to the MP:

Related: Huge crowds gather for Enough is Enough rally as half a million sign up to campaign