One dinner lady at the march said she cries when she goes to work because she has to deny children school lunch. 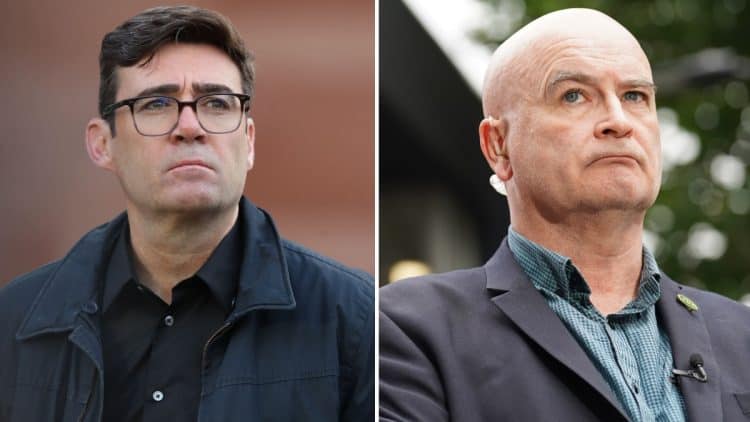 Tens of thousands of people have turned out for a rally in Manchester over the soaring cost of living.

The event, at Manchester Cathedral, was attended by Mayor of Greater Manchester Andy Burnham, alongside representatives from the RMT Union and the Communications Union.

It has been organised by the Enough is Enough campaign, a group set up by trade unions, MPs and activists.

The group says it is “determined to push back against the misery forced on millions by rising bills, low wages, food poverty, shoddy housing – and a society run only for a wealthy elite.”

Speaking to PoliticsJOE, a dinner lady at the march said she cries when she goes to work because she has to deny children school lunch.

“I noticed I spend as much time taking food away from children as I do serving it.

Enough is Enough has announced that over 500,000 people have signed up to the campaign.

Announcing the milestone, the campaign group said, “We won’t accept the misery forced onto our people by a greedy elite. We are building a mass movement to take our country back from the brink.”

The rapid rise of the Enough is Enough comes off the back of the ongoing cost of living crisis, with the average household energy bill set to rise to over £3,500 by October.