“In Keir Starmer’s essay, migration was only mentioned in the context of, ‘we need to tackle the challenges of our time, such as climate change, terrorism and migration’. I thought it was quite strange that migration would appear in the same sentence as terrorism - and climate change as well, because for me, those are very different topics," Bulat told TLE. 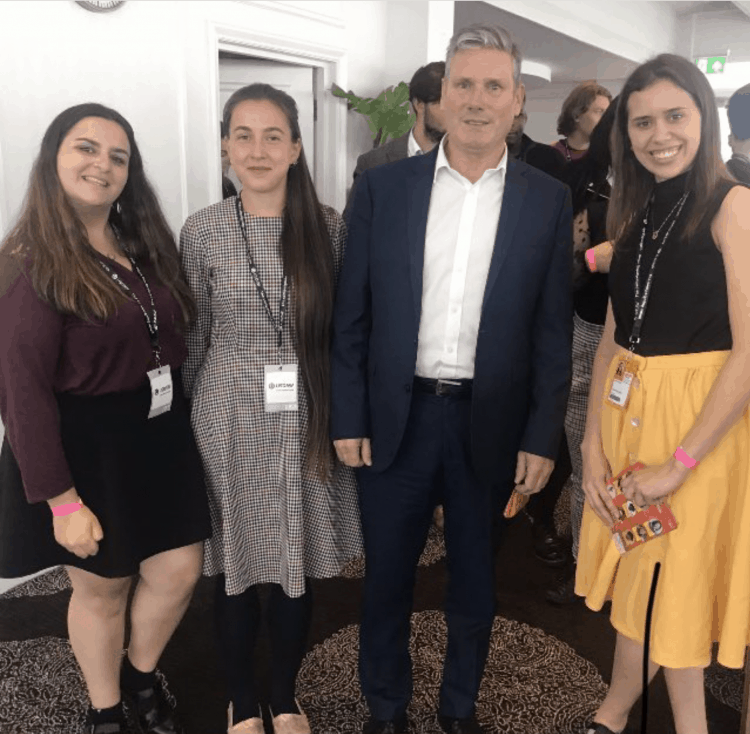 A Romanian-British Labour politician expressed her disappointment at Keir Starmer’s scarce mention of EU migrants in his recent 14,000-word essay.

Alexandra Bulat, who is the first Romanian-born County Councillor in the UK, said she was looking for words such as “migrants”, “immigrants” and “EU citizens” in Starmer’s essay but she only found them mentioned “in passing”.

And she thinks that in order to have an “effective opposition” to the Conservatives’ hostile environment policies and the Nationality and Borders Bill, Labour should have a “very robust and positive immigration policy”.

She told The London Economic: “In Keir Starmer’s essay, migration was only mentioned in the context of, ‘we need to tackle the challenges of our time, such as climate change, terrorism and migration’. I thought it was quite strange that migration would appear in the same sentence as terrorism – and climate change as well, because for me, those are very different topics.

“I think it was a missed opportunity to make a positive case for immigration in the UK because a lot of Labour MPs, members and activists, would like to see a bit more detail in our immigration policies.”

“It was a chance to say, ‘the Labour Party stands with migrants, we will change immigration policy, which would actually make migrants’ lives better in the UK’”.

At this week’s Labour Party conference, Bulat asked Starmer on behalf of Migrants for Labour about voting rights for migrants.

She said Starmer promised support for voting rights in England and Northern Ireland to be consistent with Scotland and Wales, where all residents, regardless of nationality, can vote in local elections.

But Bulat thinks Starmer should go further and put out a clear “collective opinion as a party” when it comes to migrants. Earlier this year, when she was campaigning for local elections, a lot of people asked her what Labour’s position on immigration is.

She thinks he should also lead the way in materialising promises for migrants made at the 2019 party conference under Corbyn.

Overall, she believes immigration policy would be “much better for migrants” under a Labour government.

“We only have to look at what the Labour government has done in the past and how immigration policy really became more and more hardcore now since Theresa May introduced the hostile environment policy,” Bulat told TLE.

“With the direction of the Conservative government at the moment, sadly for migrant voters and everyone who supports a decent immigration policy, it is getting worse and worse.”

She said current UK-wide shortages are a prime example of why Tory policies on immigration are constantly worsening.

She thinks the government’s answer to the problem, which consists of allowing 10,000 EU workers on short-term visas until Christmas, is “not a solution”.

She said: “You need to offer something, you can’t just say, ‘we’ll allow you to come here three months to just do us a favour and fill in a shortage’. This would actually make migrants’ lives more difficult.

“A lot of migrants don’t come here to just work for three months, some of us find partners here, some of us have family here.

“And some of us want more rights than the temporary, three-months worker contract. We need to think about, what do we offer people, how do we make UK attractive again?”